The XX Bomber Command (XX BC) is an inactive United States Air Force unit. Its last assignment was with Far East Air Forces, based on Okinawa. It was inactivated on July 16, 1945.

As I Bomber Command, the organization engaged primarily in antisubmarine operations along the east coast of the United States as part of First Air Force. The unit was redesignated as Army Air Forces Antisubmarine Command on 15 October 1942.

The idea of basing the Superfortresses in China first surfaced at the Casablanca Conference in January 1943. While planners assessed this option, the Anglo-American Combined Chiefs of Staff, meeting in Quebec in August, authorized a central Pacific drive that included the seizure of the Marianas. Not only were the Marianas closer to Tokyo, but once in Allied hands they could be supplied and defended more easily than other sites. In September, Combined Chiefs of Staff planners concluded that B-29s in China would be plagued by logistical problems. However, President Franklin D. Roosevelt decided in favor of the China bases because he was impatient to bomb Japan and wished to bolster the Chinese war effort. At the Sextant Conference in Cairo at the end of the year, he promised Chiang Kai Shek that the very heavy bombers would be coming to his country. General Arnold supported that decision as a temporary expedient, but still preferred strategic missions against Japan from the Marianas, once bases there were available.[1]

Advance Army Air Forces echelons arrived in India in December 1943 to organize the building of airfields in India and China. Thousands of Indians labored to construct four permanent bases in eastern India around Kharagpur. Meanwhile, 1,000 miles to the northeast, across the Himalayan mountains, about 350,000 Chinese workers toiled to build four staging bases in western China near Chengtu. By April 1944, eight B-29 airfields were available in Asia.[1]

To avoid the risk that B-29s might be wasted on the battlefields when they would be much more useful against the Japanese home islands, the Joint Chiefs agreed in April 1944 to establish the Twentieth Air Force as a non-theater command controlled directly by the JCS, and approved Operation Matterhorn, a plan for bombing Japanese strategic targets with B–29s based in China. The B-29s would double as transports to carry their own fuel and cargo requirements over The Hump from India.[2] Acting as executive agent for the Joint Chiefs and with the approval of Roosevelt, Arnold named himself commander of the Twentieth Air Force. His Air Planner, Brig. Gen. Haywood S. Hansell served as its chief of staff and the remainder of the Air Staff at Headquarters AAF performed duplicate duties as the staff of the Twentieth. Centralized control of the Superfortresses from Washington marked the recognition of the B-29 as a strategic weapon that transcended theaters and services.[1]

That same month, the first Superfortresses arrived in India, having flown across the Atlantic Ocean, North Africa, Arabia, and Persia. Accompanying them was Major General Kenneth B. Wolfe, the new commander of the XX Bomber Command, which had been reassigned from the Second Air Force as the operational component of the Twentieth Air Force. The 58th Bombardment Wing headquarters also arrived in India during the spring of 1944. The 58th was the only wing to serve on the Asian mainland under the XX Bomber Command.[1]

A committee of operations analysts who advised the Joint Chiefs of Staff and the Twentieth Air Force on targets recommended Superfortress attacks on coke ovens and steel factories in Manchuria and Kyūshū. Shutting down these key industries would severely cripple the enemy’s war effort. Also on the target list were important enemy harbor facilities and aircraft factories. Wolfe launched the first B–29 Superfortress combat mission on June 5, 1944, against Japanese railroad facilities at Bangkok, Thailand, about 1,000 miles away. Of the ninety-eight bombers that took off from India, seventy-seven hit their targets, dropping 368 tons of bombs. Encouraged by the results, XX Bomber Command prepared for the first raids against Japan.[2]

Ten days later, sixty-eight Superfortresses took off at night from staging bases at Chengtu to bomb the Imperial Iron and Steel Works at Yawata on Kyūshū, more than 1,500 miles away. The June 15, 1944, mission – the first raid on the Japanese home islands since the Doolittle raid of April 1942 – marked the beginning of the strategic bombardment campaign against Japan. Like the Doolittle attack, it achieved little physical destruction. Only forty-seven of the sixty-eight B–29s airborne hit the target area; four aborted with mechanical problems, four crashed, six jettisoned their bombs because of mechanical difficulties, and others bombed secondary targets or targets of opportunity. Only one B–29 was lost to enemy aircraft.[2]

The second full-scale strike did not occur until July 7, 1944. By then, Arnold, impatient with Wolfe’s progress, had replaced him temporarily with Brigadier General LaVern G. Saunders, until Major General Curtis E. LeMay could arrive from Europe to assume permanent command. Unfortunately, the three-week delay between the first and second missions reflected serious problems that prevented a sustained strategic bombing campaign from China against Japan. Each B–29 mission consumed tremendous quantities of fuel and bombs, which had to be shuttled from India to the China bases over the Himalayas, the world’s highest mountain range. For every Superfortress combat mission, the command flew an average of six B–29 round-trip cargo missions over the Hump. Even after the Air Transport Command took over the logistical supply of the B–29 bases in China at the end of 1944, enough fuel and bombs never seemed to reach Chengtu.[2]

Range presented another problem. Tokyo, in eastern Honshū, lay more than 2,000 miles from the Chinese staging bases, out of reach of the B–29s. Kyūshū, in southwestern Japan, was the only one of the major home islands within the 1,600-mile combat radius of the Superfortress.[2]

The very heavy bomber still suffered mechanical problems that grounded some aircraft and forced others to turn back before dropping their bombs. Even those B–29s that reached the target area often had difficulty in hitting the objective, partly because of extensive cloud cover or high winds. Larger formations could have helped compensate for inaccurate bombing, but Saunders did not have enough B–29s to dispatch large formations. Also, the Twentieth Air Force periodically diverted the Superfortresses from strategic targets to support theater commanders in Southeast Asia and the southwestern Pacific. For these reasons, the XX Bomber Command and the B–29s largely failed to fulfill their strategic promise.[2]

On August 20, LeMay arrived to breathe new energy into the XX Bomber Command. The former Eighth Air Force group and wing commander had achieved remarkable success with strategic bombing operations in Europe, testing new concepts such as stagger formations, the combat box, and straight-and-level bombing runs. The youngest two-star general in the Army Air Forces had also revised tactics, tightened and expanded formations, and enhanced training for greater bombing precision. He inaugurated a lead-crew training school so that formations could learn to drop as a unit on cue from the aircraft designated as the lead ship.[2]

During his first two months at XX Bomber Command, LeMay had little more success than Wolfe or Saunders. The command continued to average only about one sortie a month per aircraft against Japan’s home islands. When Douglas MacArthur invaded the Philippines in October 1944, LeMay diverted his B-29s from bombing Japanese steel facilities to striking enemy aircraft factories and bases in Formosa, Kyūshū, and Manchuria.[2]

Meanwhile, LeMay gained the support of Communist leader Mao Zedong, who controlled parts of northern China. Willing to help against a common enemy, Mao agreed to assist downed American airmen and to locate in northern China a weather station that would provide better forecasts for the XX Bomber Command’s raids on the Japanese in Manchuria and Kyūshū. Hoping to gain American recognition of his own regime, Mao suggested that the Americans set up B–29 bases in northern China like those in Chiang Kai Shek’s area of control in southern China. LeMay declined, however, because he found it difficult enough to supply the airfields at Chengtu.[2]

The former European theater bomber commander continued to experiment with new technologies and tactics and soon imported to China the incendiary weapons being used by the British against Germany. In late 1944, Japanese offensive (codenamed Operation Ichi-Go) in China probed toward the B–29 and Air Transport Command bases around Chengtu and Kunming. To slow the enemy advance, Maj. Gen. Claire L. Chennault of the Fourteenth Air Force asked for raids on Japanese supplies at Hankow, and the Joint Chiefs directed LeMay to hit the city with firebombs. On December 18, LeMay launched the fire raid, sending eighty-four B–29s in at medium altitude with five hundred tons of incendiary bombs. The attack left Hankow burning for three days, proving the effectiveness of incendiary weapons against the predominantly wooden architecture of the Far East.[2]

By late 1944, American bombers were raiding Japan from the recently captured Marianas, making operations from the vulnerable and logistically impractical China bases unnecessary. In January 1945, the XX Bomber Command abandoned its bases in China and concentrated 58th Bomb Wing resources in India. The transfer signaled the end of Matterhorn. During the same month, LeMay moved to the Marianas, leaving command of the XX Bomber Command in India to Brig. Gen. Roger M. Ramey. Between January and March, Ramey’s B–29s assisted Mountbatten in South-East Asian theatre, supporting British and Indian ground forces in Burma by targeting rail and port facilities in Indochina, Thailand, and Burma. More distant targets included refineries and airfields in Singapore, Malaya, and the East Indies. The 58th, the only operational wing of the XX Bomber Command, remained in India until the end of March 1945, when it moved to the Marianas to join the XXI Bomber Command.[2]

XX Bomber Command stopped being an operational command at the end of March 1945 when the 58th Bomb Wing moved from India to the Marianas and control of the wing passed to the XXI Bomber Command.[2] 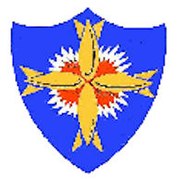 Used the following airfields in Ceylon as staging bases for missions into Malaysia, Singapore and Dutch East Indies:

General Henry "Hap" Arnold named himself the commander of the Twentieth Air Force to avoid diversion of assets from the B-29 effort against Japan, particularly by Admiral Nimitz, who was given command authority over all efforts in the Central Pacific. Brigadier General Haywood S. Hansell became Twentieth Air Force chief of staff. The subordinate commanders of XX Bomber Command were: