The Webley Self-Loading Pistol was an up-and-coming design in early magazine-fed pistols. The gun was designed in 1910 by the Webley & Scott company. The Mk. 1 entered police service in 1911 in a .38 ACP model for the London Metropolitan Police. The .455 version was adopted by the Royal Navy in 1912 as the first automatic pistol in British service. The pistol was also adopted by the Royal Horse Artillery and the Royal Flying Corps .[1] Its predecessor was the unsuccessful Mars Automatic Pistol, made around 1900.

Having a semi-automatic pistol in official British service was a big change in weaponry. It provided a weapon deadly at close quarters, with multiple shots to engage any more combatants. The reloading time went down along with rate of fire as well.

The pistol's original cordite cartridge left a lot of residue in the barrel causing frequent jamming. This was fixed in 1941 with nitrocellulose instead of cordite in the .455 cartridge. This new cartridge for the Mk.1 was called the Mark Iz. Among other things, the pistol was awkward to hold due to its bulk and awkward grip.[2]

One generic problem with semi-automatic pistols, especially some of the first, is that with more capability and ease, comes more moving parts. With more moving parts, comes high probability of jamming. This was a problem partially caused by the cordite in the cartridges, and partially caused by the extreme pressure put on the small parts after constant use. The biggest problem was not a mechanical error, however, but an operator error. The British service men and women did not know the key importance of constant cleaning. This was mostly because the soldiers were not used to cleaning their revolvers all the time; they thought the Mk. 1 was no exception, while in reality, it was.[3]

The first models of the Mk. 1 had the safety on left side of the hammer. This was later moved to the left side of the frame, where it could lock the slide. Service versions were also outfitted with a grip safety. 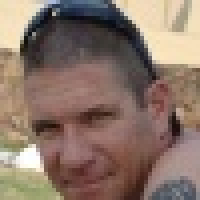