A huge number of M113 Armored Personnel Carrier variants have been created, ranging from infantry carriers to nuclear missile carriers. The M113 armored personnel carrier has become one of the most prolific armored vehicles of the second half of the 20th century, and continues to serve with armies around the world in many roles.

Some Australian AFVs have the suffix "AS" often appended by a model number, the "AS" is a NATO code for Australia. Generally speaking Australian models are modified from the original models, in the case of the M113A1 series this included the AN/VIC-1 communications harness, large dust filters for the passenger compartment ventilation blower, heavy steel track manufactured by ADI, provision for 600 kg of belly armor, the Cadillac-Gage T-50 turret mounting twin .30 Brownings(early service) or a .30/.50 Brownings machine guns for APC/LRV versions, a traverse bar to prevent the crew commander traversing the turret to the rear over the troop compartment roof hatch with the guns depressed low. For some reason all versions of the M113A1 had the passenger compartment heaters removed except the M577A1 command vehicle. In the late 80s the fleet was issued with German BM8005 image intensifying night vision driving periscopes, which with the aid of an adaptor, could be fitted to replace the driver's central periscope for night driving. In the early 90s the fleet was issued with VINSON family cipher equipment, typically a single KY-57 per vehicle. This allowed the command net to be enciphered, but the admin net would normally work en clair.

The MRV replaced the FSV in Australian service

BMF from Belgium has built the M113A1 with some modifications (suspension of M113A2, NBC protection system etc.) under license as the M113A1-B. The Belgian army received 525 vehicles from 1982.

In German service, the M113 and M113A1 were known as respectively M113G and M113A1G. Most of them were later upgraded to A2 standard and got the new designator M113A2 GE. Those vehicles that were fitted with external fuel tanks and the new SEM-80/90 radioset are known as M113A2 EFT GE A0. Under the NDV-2 program, some vehicles had been fitted with a new MTU engine, new steering and brake systems etc. German M113s often have a bank of eight 76mm smoke grenade dischargers at the front of the vehicle, and are armed with Rheinmetall MG3s instead of the more common M2 .50 caliber machine gun. The German Army uses the type not only as APC (MTW - Mannschaftstransportwagen) but in many different specialized roles: 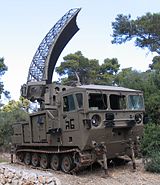 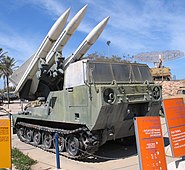 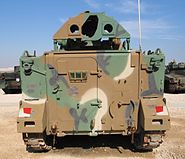 In 1974, FMC used the M113's drivetrain as a platform for a tracked log skidder.

The skidders use the same 6V53 Detroit Diesel engine and steering gearbox as the M113, but utilized a more heavily-built undercarriage and a 4-speed Clark powershift transmission. The skidder either came as a cable arch model, with a tilting tray to set the logs on (Later on, a hydraulic grapple attachment was offered to fit over the cable fairleads). Or as a Clam-Bunk forwarder, with a Prentice grapple mounted on the roof of the cab. Dealers also modified the base tractor to handle various forestry and utility jobs.

Because of their mobility and light weight, these skidders are often used in steep and swampy terrain, and the most common alternate use is to fit them with water tanks and use them to fight forest fires.

In 1988, FMC sold the manufacturing rights of the skidder to Kootenay Tractor, their main dealer in British Columbia, Canada, who started selling them under the KMC brandname. [1]