View source
watch 01:25
Jurassic World: Dominion Dominates Fandom Wikis - The Loop
Do you like this video?
Play Sound
Not to be confused with the Vance–Owen plan.

The Vance plan (Croatian language: Vanceov plan , Serbian language: Vensov plan) was a peace plan negotiated by the Special Envoy of the Secretary-General of the United Nations Cyrus Vance, aided by United States diplomat Herbert Okun in November 1991. It was designed to implement a ceasefire during the Croatian War of Independence, demilitarize parts of Croatia under control of Croatian Serbs and the Yugoslav People's Army (JNA) and allow return of refugees and create favourable conditions for negotiations on a permanent political settlement of the conflict resulting from breakup of Yugoslavia.

The first agreement, known as the Geneva Accord, on the peace plan was signed by Yugoslav defence minister General Veljko Kadijević, President of Serbia Slobodan Milošević and Croatian President Franjo Tuđman in Geneva, Switzerland on 23 November 1991. Since a ceasefire agreed there did not hold, further negotiations resulted in an Implementation Agreement of 2 January 1992. The Implementation Agreement, signed in Sarajevo, Bosnia and Herzegovina by JNA General Andrija Rašeta and Croatian defence minister Gojko Šušak, produced a more lasting ceasefire, supervised by the United Nations Protection Force (UNPROFOR), but failed to implement the remaining major aspects of the Vance plan completely.

In August 1990, an insurgency known as the Log Revolution took place in Croatia centred on the predominantly Serb-populated areas of the Dalmatian hinterland around the city of Knin,[1] as well as in parts of the Lika, Kordun, and Banovina regions, and settlements in eastern Croatia with significant Serb populations.[2] The areas were subsequently named the Republic of Serbian Krajina (RSK) and, after declaring its intention to integrate with Serbia, the Government of Croatia declared the RSK a rebellion.[3] By March 1991, the conflict escalated resulting in the Croatian War of Independence.[4] In June 1991, Croatia declared its independence as Yugoslavia disintegrated.[5] A three-month moratorium on Croatia's and the RSK's declarations followed,[6] after which the decision came into effect on 8 October.[7]

As the Yugoslav People's Army (JNA) increasingly supported the RSK and the Croatian Police was unable to cope with the situation, the Croatian National Guard (ZNG) was formed in May 1991. The ZNG was renamed the Croatian Army (HV) in November.[8] The establishment of the military of Croatia was hampered by a UN arms embargo introduced in September.[9] The final months of 1991 saw the fiercest fighting of the war, culminating in the Battle of the Barracks,[10] the Siege of Dubrovnik,[11] and the Battle of Vukovar.[12]

The plan was first presented to Slobodan Milošević, president of Serbia at the time. Milošević found the plan wholly acceptable and promised that he would ensure the leadership of the RSK eventually supports it. He endorsed the plan as it ensured preservation of Serbian territorial gains of 1991, Serb administration of the areas where the peacekeepers would be deployed while allowing JNA to shift its focus to Bosnia and Herzegovina. Vance met Yugoslav defence minister JNA General Veljko Kadijević next, when Kadijević also endorsed the plan, apparently urged by Milošević to do so.[13] After the plan was accepted by Croatian President Franjo Tuđman,[13] the Geneva Accord to the effect was signed by Tuđman, Milošević and Kadijević, Yugoslav defence minister in Geneva, Switzerland on 23 November 1991.[14] The accord was a precondition for deployment of the peacekeeping force.[15] It comprised four points, providing for the end of the Croatian blockade of the JNA barracks, withdrawal of JNA personnel and equipment from Croatia, implementation of a ceasefire and facilitation of delivery of humanitarian aid.[16] The parties to the accord also agreed to deployment of a UN peacekeeping mission in Croatia. The mission was later initiated through subsequent United Nations Security Council Resolution 721 of 27 November,[14] following a formal request for deployment of the peacekeepers submitted by the Yugoslav government the previous day.[17]

Vance plan was approved, as a part of the Report of the UN Secretary-General pursuant to the UN Security Council Resolution 721 submitted on 11 December,[18] by the UN Security Council Resolution 724 of 15 December. The new resolution determined that conditions were not established yet to deploy the peacekeepers. The UN deployed 50 liaison officers to prepare the mission instead,[19] as combat continued throughout 1991.[20] The blockade of the JNA barracks located in the HV-controlled territory remained in place until December 1991.[21]

In the final ten-day round of meetings Vance negotiated another ceasefire agreement as a provisional arrangement, backed by deployment of UN peacekeepers to oversee it.[22] The final obstacles to the agreement were removed when Tuđman agreed to lift blockade of the remaining JNA barracks in the HV-held territory on 25 December, thereby meeting Kadijević's stated condition for the truce, and when Milošević declared he had no objections to the plan on 31 December.[23]

The final agreement would later become known as the Vance plan,[22] and as the Implementation Agreement,[14] or the Sarajevo Agreement (Croatian: Sarajevski sporazum ).[24][25] The UN deployment was made possible by recognition that the agreement does not represent a final political settlement and by a description of the UN mission allowing both sides in the war to claim it as their victory. The RSK claimed the situation allowed for maintenance of RSK authorities until a final political settlement was reached, virtually ensuring the RSK had no incentive to negotiate. Croatia believed that the UN would restore the area to Croatian authority—which the UN would not even try to achieve.[26]

After four hours of negotiations,[20] the agreement was signed by Croatian Defence Minister Gojko Šušak and deputy commander of the JNA's 5th military district General Andrija Rašeta in Sarajevo, Bosnia and Herzegovina, on 2 January. It was the 15th ceasefire agreement signed since the start of the Croatian War of Independence. The ceasefire generally held,[22] after it took effect on 3 January, at 6 pm.[27] The main exception in the ceasefire was the Dubrovnik area,[28] where the JNA held positions around Dubrovnik and in Konavle until July 1992.[29] That area was not mentioned by the UN peacekeeper deployment schedule.[30] On 4 January, the Yugoslav Navy retreated from the Lora (Split) military harbor.[31] On 5 January, Imra Agotić noted 84 ceasefire violation incidents by the Serb side.[31] On 7 January, the Yugoslav Air Force downed an ECMM helicopter. The next day Veljko Kadijević resigned as Minister of Defence and was replaced by Blagoje Adžić.[31]

The Vance plan was designed to stop hostilities in Croatia and allow negotiations by neutralizing any influence caused by fighting and it offered no political solutions in advance. The plan entailed deployment of the 10,000-strong United Nations Protection Force (UNPROFOR) to the major conflict areas known as three UN Protected Areas (UNPAs).[22] The plan listed specific municipalities that were to be included in the UNPAs, but exact borders of the UNPAs were not defined entirely as several municipalities were scheduled to be included in part only. The task of defining the exact borders was delegated to the UN liaison officers deployed in advance, in cooperation with authorities in the area.[30] Creation of the UNPAs was necessary for acceptance of the plan by Milošević and Tuđman. Serb-dominated Yugoslavia originally requested deployment of a UN force along a zone between Serb and Croatian areas, reflecting Serb desire to see the peacekeeping force securing lines of confrontation. Conversely, Croatia wanted the UN force along its international borders—and the UNPAs served to formally satisfy all of them.[32] 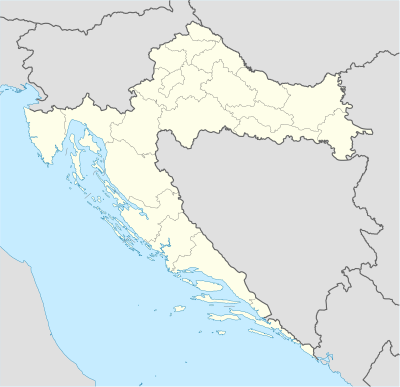 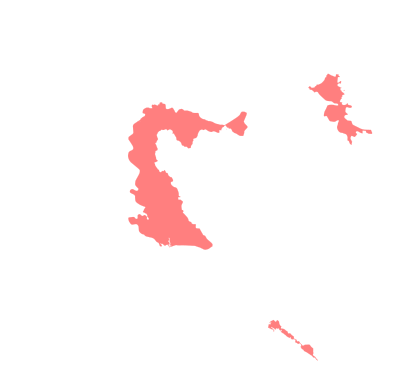 UNPROFOR was tasked with creating a buffer between the belligerents, disarm Croatian Serb Territorial Defence Force, oversee JNA and HV pullout from the UNPAs and return of refugees to the area.[22] The United Nations Security Council Resolution 743 of 21 February, described legal basis of the UN mission, requested and agreed upon in November 1991, with no explicit reference to the Chapter VI or the Chapter VII of the United Nations Charter.[33]

RSK president Milan Babić refused to endorse the plan, and Milošević summoned him to Belgrade where Serb members of the federal presidency, JNA commanders, Bosnian Serb leaders and Milošević tried to persuade Babić to change his mind in a seventy hours long meeting. Failing to do so, Milošević arranged to have the RSK parliament approve the plan.[16] Babić's and Milošević's supporters organized two separate yet concurrent parliamentary sessions—each group proclaiming their own victory. On 27 February,[22] Babić was removed from office following an intervention by Milošević,[16] and replaced by Goran Hadžić. Babić's resistance to the Vance plan was caused by his view that acceptance of the plan and replacing of the JNA with the UNPROFOR would represent a de facto acceptance of Croatian sovereignty over the territory held by the RSK,[22] as the Vance plan treated the RSK territory as a part of Croatia.[34] Croatia saw the UNPAs as Croatian soil, objecting to any official capacity being allowed to the RSK officials in the area. It feared that the RSK would use the UN mission to consolidate itself. In response, Croatian authorities considered the authorities in Belgrade, the UN and Croatia to be the only parties to the plan.[35]

Despite the Geneva Accord requiring an immediate withdrawal of JNA personnel and equipment from Croatia, the JNA stayed behind for seven to eight months. When its troops eventually pulled out, JNA left their equipment to the RSK.[36] The 2 January ceasefire also allowed the JNA to hold onto the positions in East and West Slavonia, which were on the brink of military collapse.[37] As a consequence of organizational problems and breaches of the last ceasefire agreement, the UNPROFOR did not start to deploy until 8 March,[33] and took two months to fully assemble in the UNPAs. Even though the UNPROFOR placed most heavy RSK's weapons in storage controlled jointly by the UN and the RSK by January 1993,[38] the peacekeeping mission turned unable to fulfill provisions of the Vance plan—disarmament of RSK militia, return of refugees, restoration of civilian authority and establishment of an ethnically mixed police.[39] It also failed to remove RSK forces from areas outside designated UNPAs which were under RSK control at the time of signing of the Implementation Agreement ceasefire. Those areas, later better known as the pink zones,[38] were supposed to be restored to Croatian control from the outset of the plan implementation.[40] Failure of this aspect of the implementation of the Vance plan made the pink zones a major source of contention for Croatia and the RSK.[41]

In 1993, Croatia launched several small-scale military offensives against the RSK to seize significant local objectives and capture international attention, worried that the situation on the ground might become permanent. In response, the RSK military retrieved their weapons from the UN/RSK controlled storage sites, reversing the only major success of the UNPROFOR.[38] In March 1995, the UNPROFOR mission was terminated following efforts of the United States Ambassador Richard Holbrooke, and United Nations Confidence Restoration Operation was deployed to Croatia as a new peacekeeping force.[42] Later that year, the bulk of the territory controlled by the RSK was captured by the HV in Operations Flash and Storm, as expected by Babić when he opposed the Vance plan in 1991.[38] The rest of the RSK held areas were regained by Croatia following the Erdut Agreement negotiated between Croatian and Serbian authorities on 12 November 1995, during peace talks that also produced the Dayton Agreement.[43]