USS Carbonero (SS/AGSS-337) was a Balao-class submarine, the first ship of the United States Navy to be named for the carbonero, a salt-water fish found in the West Indies. Her keel was laid down on 16 December 1943 by the Electric Boat Company of Groton, Connecticut. She was launched on 19 October 1944 sponsored by Mrs. S.S. Murray, and commissioned on 7 February 1945 with Commander Charlton L. Murphy, Jr. in command.

Sailing from New London, Connecticut, on 21 March 1945, Carbonero served with the Fleet Sonar School at Key West, Florida, and conducted torpedo exercises at Balboa, Canal Zone, before arriving at Pearl Harbor on 9 May. Her first war patrol, conducted off Formosa from 26 May to 8 July, was devoted to lifeguard duty, standing by for possible rescue of aviators downed in aircraft carrier strikes. After refitting at Subic Bay, Carbonero cleared for the Gulf of Siam on 4 August, and cruising off the east coast of the Malay Peninsula, sank four schooners, two sampans, and two junks, some of the small remnants of the Japanese merchant fleet. This second war patrol ended with the cease fire order on 15 August, and Carbonero put back to Subic Bay.

Carbonero reported at Seattle, Washington, on 22 September 1945 for operations on the west coast. After a simulated war patrol to the Far East early in 1947, she was assigned to the Submarine Guided Missile Program, joining her sister ship Cusk (SS-348) as a control vessel operating out of San Diego, California, and Port Hueneme, California. Assigned to the Regulus Missile Program, Carbonero was redesignated an Auxiliary Submarine (AGSS-337) in 1949.

Fitted with the Fleet Snorkel modification package in 1951, Carbonero operated off Southern California, and occasionally in the Hawaiian Islands. In 1953 Carbonero was fitted with control equipment which enabled her to guide a missile once it passed beyond the range of the firing ship. She performed in various phases of this program including the launching of Loon missiles and the evaluation of Regulus missile guidance equipment. On 13 May 1957, her home port shifted to Pearl Harbor. In July 1959, Carbonero became the flagship of Submarine Division 12. From that time forward Carbonero took part in local operations in Hawaiian waters plus deployments to the Western Pacific, trips to the South Pacific and mainland United States. She made an Arctic familiarization cruise in 1957, and in 1958 and 1959–1960, cruised to the Far East. She has assisted in the training of forces of the Republic of Korea and of Japan, and called at ports of Japan and the Philippines during these deployments.

Early in 1962 the Regulus missile guidance equipment was removed. Carbonero returned to the standard "Fleet Snorkel" configuration, and was redesignated an Attack Submarine (SS-337). 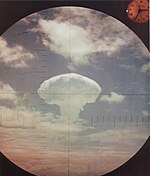 Carbonero participated in the 1962 nuclear tests in the Central Pacific off Christmas Island and Johnston Island entitled Operation Dominic. She was on hand for the detonation of a warhead from a Polaris missile fired from the Ethan Allen (SSBN-608) in the "Frigate Bird" nuclear weapon test. Carbonero and Medregal (SS-480) were about 30 miles from the detonation. During the Vietnam War Carbonero again performed aviator lifeguard duties during trips to the Far East. During the mid 1960s while operating off Kaena Point, Oahu, Carbonero ran aground at the depth of 250 feet, requiring drydock repair at Pearl Harbor Naval Shipyard.

Carbonero received one battle star for service in World War II. One of her two war patrols was designated as "successful".