The Queen's Own Rifles of Canada

The QOR of C parade out of Moss Park Armoury in downtown Toronto and Dalton Armoury in Scarborough. The unit motto is In Pace Paratus—In Peace Prepared.

The Reserve Battalion is made up of the following companies:

The Queen's Own Rifles of Canada are the only Primary Reserve unit in Canada with a parachute tasking.[3] The unit has qualified parachute instructors and jumpmasters. Members also take courses in helicopter operations, aerial delivery, and as landing zone/drop zone controllers. Members of the QOR have also been sent on the Patrol Pathfinder Course. Qualified personnel in jump positions are allowed the honour of wearing the maroon beret. Trained soldiers are addressed as Riflemen.

The Queen's Own Rifles have a long standing support role with the Canadian Forces Land Advanced Warfare Centre, where QOR parachute instructors and other personnel on staff instruct on and support parachuting courses. The unit currently supplies a platoon of paratroopers to the 3 RCR Parachute Company when required.

Several reserve units have soldiers who have completed the Canadian Army's Basic Parachutist Course, but none can bring Parachute Instructors, jumpmasters, parachute riggers, LZ/DZ controllers, and aerial delivery specialists together like the QOR. Most members of Parachute Company jump several times a year, as opposed to parachutists in other reserve units, who do not have the option to jump with their units.

The Canadian Forces SkyHawks Parachute Demonstration Team has also had support from The Queen's Own Rifles of Canada, with several members joining the elite demonstration team.

The Queen's Own Rifles first saw combat and sustained nine killed in action during the Battle of Ridgeway in 1866, where they and the 13th Volunteer Infantry Battalion (The Royal Hamilton Light Infantry) fell back when charged by a massive force of better armed and highly experienced Fenian insurgents composed of recent Irish American Civil War veterans. The Second Boer War was the first time that soldiers from The Queen's Own Rifles fought on foreign soil. They were recognized for their service and earned a battle honour for the regiment, even though they were not allowed to wear the QOR cap badge in South Africa.

In the First World War, none of the existing militia infantry regiments in Canada were formally mobilized. In 1914 The Queen's Own formed the 3rd Canadian Battalion (Toronto Regiment), CEF, which was part of the 1st Canadian Division in France and Flanders, which was latter augmented by soldiers from other Toronto Regiments in order to produce mixed CEF units. Later in the war, the Queen's Own Rifles recruited for additional Canadian Expeditionary Force battalions, which did not enter combat as units, but supplied reinforcements to the Canadian Corps:

After these battalions disbanded, The Queen's Own Rifles have perpetuated their traditions and battle honours. The QOR and The Royal Regiment of Canada both perpetuate the 3rd Battalion.[6]

The regiment was mobilized for the Second World War on 24 May 1940, and assigned to the defence of two strategic airfields at Botwood and Gander in Newfoundland. After a build-up and training period, the unit was posted to England in July 1941.

The first major combat operations were during the Invasion of Normandy. The Queen's Own Rifles landed on NAN sector of Juno Beach during D-day and captured the strategic seaside resort town of Bernières-sur-Mer. The battalion fought its way to its D-Day objective - the village of ANISY 13.5 km inland, the only Regiment to reach its assigned objective that day. The QOR had the highest casualties amongst the Canadian regiments, with 143 killed, wounded or captured. Canadian casualties totaled 340 killed, 574 wounded, and 47 taken prisoner.[7]

During the war, 463 riflemen were killed in action and almost 900 were wounded as they fought through Normandy, Northern France, and into Belgium and Holland, where they liberated the crucial channel ports. Sixty more members of the regiment were killed while serving with other units in Hong Kong, Italy and northwest Europe.

In October 1953, the status of the regiment was upgraded, and it was made a part of the Regular Force. The regiment consisted of two Regular Force battalions and the Reserve (Third) battalion in Toronto until 1968. There was also a regimental depot in Calgary.

As part of the Regular Force, the unit was involved in the Korean War. The Regular Force battalions were posted to NATO bases in Korea, Cyprus and Germany.

In 1970, with the downsizing of the Canadian Forces, the 1st Battalion of The Queen's Own Rifles of Canada was rebadged as the 3rd Battalion Princess Patricia's Canadian Light Infantry.[8]

From 1983 to 1995, the regiment was operationally tasked to provide an airborne company to the Canadian Airborne Regiment.

Members of The Queen's Own Rifles of Canada have served on recent overseas deployments including: UNTAG (United Nations Transition Assistance Group) Namibia 1989–1990, Cambodia, Cyprus, Somalia (for Operation Deliverance 1992–1993 members were attached to 1, 2 and 3 Commando of the Canadian Airborne Regiment), Sierra Leone, Bosnia, Kosovo, Afghanistan, Darfur and the Sudan.

The unit played a large role in the purchase of the Victoria Cross of Corporal Frederick George Topham in 2005 and its subsequent donation to the Canadian War Museum.

On April 22, 2006, The QOR of C opened Dalton Armoury in Scarborough as part of the Land Force Reserve Restructure expansion. Buffs Company parades out of Dalton Armoury. In September 1910, the QOR went on a 13-mile (21 km) route march with The Buffs (East Kent) Regiment of the British Army. It was noted that the Buffs and QOR used the same regimental march, a tune known as "The Regimental Quick Step of the Buffs" composed for The Buffs by Handel. A regimental alliance was made official in 1914.

The Queen's Own Rifles of Canada has earned 46 battle honours during its history. The battle honours in bold are approved to be emblazoned on the regimental drums (rifle regiments do not carry "colours").

Seven members who served with the regiment have been awarded the Victoria Cross, Canada's highest military award:[9] 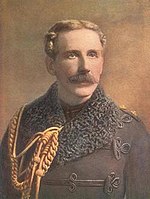 Regimental Museum of The Queen's Own Rifles of Canada

The Regimental Museum of The Queen's Own Rifles of Canada is located on the third floor of the historic Casa Loma château in Toronto. Sir Henry Pellatt, who built Casa Loma, was an ardent supporter of the Regiment, and was knighted in 1905 for his service with the unit.

Three non-functioning firearms – a Sten submachine gun, Bren light machine gun and a Bock bolt-action rifle – were stolen during a 2008 break-in. They were later recovered and returned. Two suspects were arrested after police used DNA analysis, fingerprints, and tips from the public to identify them.[13]

St. Paul's, Bloor Street Anglican Church in Toronto has been the regimental church of the QOR since 1910. It is located at 227 Bloor Street between Church Street and Ted Rogers Way (which connects to Jarvis Street which is further south).

The Cross of Sacrifice located outside the church is dedicated to the members of the QOR that have died in combat. It was built and dedicated after the First World War.

The Books of Remembrance are a list of the names of the QOR fallen, and are located in the interior of the church. The books are paraded annually on Remembrance Day Sunday, when the regiment parades to St. Paul’s to attend services.

The most recent is the regimental crest carved on the back of one of the pews of the Royal Memorial Chapel at Royal Military Academy Sandhurst.

The oldest memorial is the Ridgeway tablet at the Memorial United Church in Ridgeway, Ontario. Ridgeway is also commemorated in a stained glass window at University College, a tablet in the Ontario Provincial Parliament buildings, the Canadian Volunteers Monument in Queen’s Park (west side of Queen’s Park Crescent) and a cairn at Ridgeway.

A sandstone monument with Italian marble figures and bronze plaques erected on the University of Toronto Campus was dedicated to those of the The Queen's Own Rifles of Canada regiment who were killed in action or who died from wounds defending her frontier in June 1866. The monument was erected by the Canadian Volunteer Monument Campaign of 1866, Committee of Toronto citizens and its chairman, Dr. McCaul, then President of the University of Toronto.[14]

The South African War memorial is on University Avenue. An additional tablet is in Denison Armoury.

The First World War is commemorated by the Cross of Sacrifice and the shrine containing the Book of Remembrance at St Paul’s Anglican Church. In addition, a tablet is mounted at Moss Park Armoury. The QOR fallen are also remembered in The Buffs Memorial window, Warrior’s Chapel, of Canterbury Cathedral.

A plaque was erected to the fallen in the Second World War at the site of the D-Day landing, Bernières-sur-Mer, Normandy, France. A tablet was also placed of a farm building at Mooshof, Germany, where Sergeant Aubrey Cosens, VC, earned his decoration.