The Singapore Army (Chinese: 新加坡陆军部队, Malay language: Tentera Singapura; Tamil language: சிங்கப்பூர் தரைப்படை) is the branch of the Singapore Armed Forces (SAF) responsible for land operations. It is the largest of the three armed services and heavily reliant on a conscript army, comprising the majority of Singapore's Operationally Ready National Servicemen (NSmen).

The mission of the Army is to deter aggression, and should deterrence fail, to secure a swift and decisive victory. In peacetime, the Army is to be ready and capable of conducting a spectrum of operations to protect Singapore's national interests and the well-being of its citizens.[4]

The Singapore Army focuses on leveraging technology and weapon systems as "force-multipliers". The Singapore Army is capable of conducting amphibious operations with a highly developed logistics force, across all three services of Army, Navy and Air Force, as seen in the relief work in Aceh, Indonesia, after the 2004 Indian Ocean earthquake.

Aside from hardware, the Singapore Army heavily invests in its "software". Largely made-up of tertiary-educated conscripts and professional regulars, its soldiers are highly-educated, well-trained and technically proficient.[5]

To equip all soldiers with practical fighting experience, large-scale exercises, up to division level are conducted several times a year, exposing almost every fighting unit to full-spectrum, full-scale war scenarios. Some of these exercises also involve the air force and navy, in order to familiarise its troops with its combined arms, tri-service operations. Due to space constraints, such exercises are usually conducted overseas unilaterally. Reservists take part in overseas exercises regularly and there is persistent pressure on units to improve their operational readiness.[5] Bilateral training and exchanges are also common between friendly nations. The Singapore Army also professionally conducts "tough, realistic and safe training in order to fulfill the Army’s mission." [4]

The Singapore Army is currently undergoing the transformation into a 3rd Generation fighting force.[6] The SAF's evolution into its 3rd Generation involves combining advances in technology and training while using networking to integrate the tri-services into an integrated fighting force. This will provide even greater operational-readiness and flexibility during war and peace time. 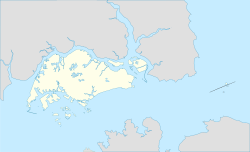 The Army is headed by the Chief of Army (COA), currently Major General Ravinder Singh. Assisting him are the Chief of Staff-General Staff (COS-GS) BG Perry Lim,[7] and the Commander, Army Training and Doctrine Command (Brigadier General Lim Hock Yu).[8] The senior Sergeant Major of the Army is CWO Tang Peck Oon.[9] There are also six functional departments and an NS Affairs Department (NSAD) dealing with National Service issues, collectively known as the General Staff and an Inspectorate. The six functional departments handle personnel, intelligence, operations, logistics, plans and training respectively. Each department is headed by an Assistant Chief of the General Staff (ACGS). Also advising the COA are the Senior Specialist Staff Officers (SSSOs): Infantry, Guards, Armour, Commando, Artillery, Engineers and Signals.[10][11]

The army consists of the following Combat Arms, which are integrated with one another to form the Divisional and Non-divisional assets:

These are bolstered by Combat Service Support Units which consist of the following:

The main components of the Army are its 3 active Combined-Arms Divisions:[14] 3rd, 6th and 9th Div.[15] They include both active and reserve units, all of which can be mobilised in phases.

3rd Singapore Division has as its motto "Foremost and Utmost". It comprises

6th Singapore Division has as its motto "Swift and Deadly". It comprises:

Under the Division-NCC affiliation, NCC Central District is affiliated to the 6th Division.

9th Division/Infantry has within the last ten years also assumed the responsibilities of headquarters infantry. Its motto is "Forging Ahead".

Under the Division-NCC affiliation, NCC East District is affiliated to the 9th Division/Infantry.

Although officially designated as an Army Operational Reserve (AOR) division, the 21st Division is essentially a rapid deployment force composed primarily of Guards, elite infantry trained in both amphibious and heliborne assault. The armoured and artillery component of the division is presumed to be lightweight, amphibious and comparatively maneuverable. Therefore it can be assumed that the division includes lightweight artillery such as the SLWH Pegasus as well as Light Strike Vehicles and possibly the amphibious AV-82 Terrex Infantry Carrier Vehicle.

Note: Of the three brigades, one trains in an airmobile role in conjunction with the air force helicopter squadrons, and another in amphibious operations with naval fast transport craft.[16]

A NS reservist command headed by the Chief Armour Officer since inception.

Tim Huxley, writing in the book "Defending the Lion City", wrote that 'the reorganisations of 1991 and 1995 left one armoured brigade, 4 SAB, outside the divisional structure, prompting speculation that it had been earmarked to form the core of a planned mechanised formation, sometimes referred to as 32nd Division. However if this division was indeed established during the 1990s, at the end of the decade it remains under wraps.'[17] This however, is only Huxley's claim and none of the active SARs and SABs (except 8SAB)are under any Combined Armed Division.

Another photo of Singapore Army's Leopard 2A4 at the Singapore Airshow 2008.

The 105mm Giat LG-1 howitzer at the SAF Open House

Open breech of FH-2000 as seen from loader position
SLWH Pegasus 1.jpg
The SLWH Pegasus at the Singapore Airshow 2008