The Serbian Army (Serbian language: Копнена Војска / Kopnena Vojska) is the land-based component of the Serbian Armed Forces, which is responsible for deterring armed threats; defending Serbia's territory; participation in peacekeeping operations; and providing humanitarian aid and disaster relief. There are plans to increase the Serbian army's involvement in humanitarian and peacekeeping operations abroad, which would improve its reputation.[1][2] Active from 1838 to 1918 after which Serbia would be part of a Yugoslav state. The current Serbian army has been active since 2006 when Serbia restored its independence.

The Serbian army (land forces) is the largest component of the Serbian Armed Forces. Currently there are about 33,000 active members and 100,000 reservists who were incorporated from the old conscript branches. After the reorganization, the number of professional troops has grown, while the number of conscripts has decreased. Conscription was abolished on January 1, 2011.

A 35-hectare (86-acre) Cepotina military base, has been built near the administrative frontier with the disputed territory of Kosovo[a] and the state border with the Republic of Macedonia, some 5 kilometers southeast of the Serbian city of Bujanovac. The ground security zone extends along 384 kilometers of the administration line and covers the area of total 1,920 square kilometers. Units of the Second, Third and Fourth Brigades are placed at more than 20 camps and checkpoints in the zone.[3] 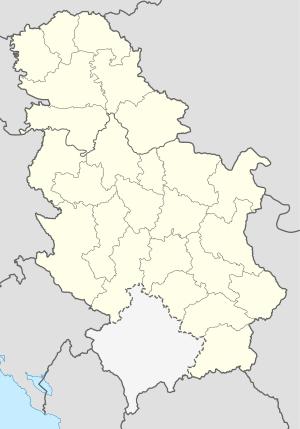