View source
Not to be confused with Yugoslav Air Force.

The Royal Yugoslav Air Force (Vazduhoplovstvo Vojske Kraljevine Jugoslavije, VVKJ),[1] was formed in 1918 in the Kingdom of Serbs, Croats and Slovenes (renamed to Kingdom of Yugoslavia in 1929) and existed until Yugoslavia's surrender to the Axis powers in 1941 following the Invasion of Yugoslavia during World War II.

Some 18 aircraft and several hundred aircrew escaped the Axis invasion of April 1941 to the Allied base in Egypt, eventually flying with the Royal Air Force in the Northern Africa initially and then with the Balkan Air Force in Italy and Yugoslavia, with some even going on to join the Soviet Air Force, returning to Yugoslavia in 1944.

The Royal Yugoslav Air Force was established on the basis of Serbian Military Air Service, one of the earliest air forces in existence and one of the first to engage in battle (during the Balkan Wars of 1912 to 1913).[citation needed] The Serbian Air Service survived occupation by Austria-Hungary by being based in exile in neutral Greece during World War I where its pilots served and trained with the help of the French Air Force.[2] In 1918, Serbia lead the creation of a united Yugoslavian state togeather with former Austria-Hungary territories in the Balkans. then called the Kingdom of Serbs, Croats and Slovenes.

In 1923, the government of the Kingdom of Yugoslavia began to modernize its air force and established contracts within the country and abroad which contributed to their large variety of aircraft in service at the time of World War II. In 1923, the government consolidated the bureaucracy for the air force by joining the Aviation Command with the Ministry of War and Marine.

Little is known of the Royal Yugoslav Air Force and its brief fight with the German Luftwaffe and the Italian Air Force in April 1941. By 1941 the JKRV, with a strength of 1,875 officers and 29,527 other ranks,[3] had over 460 front-line aircraft of domestic (notably the IK-3), German, Italian, French, and British origin, of which most were modern types. Organized into twenty-two bomber squadrons and nineteen fighter squadrons, the main aircraft types in operational use included seventy-three Messerschmitt Bf 109 E, forty-seven Hawker Hurricane I (with more being built under licence in Yugoslavia), thirty Hawker Fury II, eleven Rogozarski IK-3 fighters (plus more under construction), ten Ikarus IK-2, 2 Potez 63, one Messerschmitt Bf 110C-4 (captured in early April due to a navigational error) and one Rogozarski R 313 fighters, sixty-nine Dornier Do 17 K (including 40 plus licence-built), sixty-one Bristol Blenheim I (including some 40 licence-built) and forty Savoia Marchetti SM-79 K bombers. Army reconnaissance units comprised seven Groups with 130 obsolete Yugoslav-built Breguet 19 and Potez 25 light bombers. The Naval Aviation units comprised 75 aircraft in eight squadrons equipped with, amongst other auxiliary types, twelve German-built Dornier Do 22 K and fifteen Rogozarski SIM-XIV-H locally designed and built maritime patrol float-planes.[4]

The aircraft of the Yugoslav airline Aeroput, consisting mainly of six Lockheed Model 10 Electras, three Spartan Cruisers, and one de Havilland Dragon were mobilised to provide transport services to the VVKJ.[5]

The situation whereby the Kingdom of Yugoslavia had to acquire or manufacture aircraft from whatever source presented itself meant that by 1941, the VVKJ was rather uniquely equipped with 11 different types of operational aircraft, 14 different types of trainers and five types of auxiliary aircraft, with 22 different engine models, four different machine guns and two types of aircraft cannon.[6]

During 1938, the Yugoslav government purchased 12 Hurricane Is for the Royal Yugoslav Air Force and followed this up with an order for another 12 together with a manufacturing licence to allow production of the fighter at the Rogozarski (orders for 60) and Zmaj (orders for 40) factories. These plants, together with the Ikarus concern, had been designing and manufacturing sporting and training aircraft since the 1920s. Production was expected to reach eight per month from each assembly line by mid-1941. In the event, by the time of the German onslaught of April 1941, which put an end to further production, Zmaj had delivered 20 Hurricanes but Rogorzarski had delivered none.

The local design team working on improved versions of the IK-3 fighter had originally planned to power later IK-3s with new 1,100 h.p. Hispano-Suiza 12Y-51 engine. The German occupation of France had frustrated this plan, and British or German engines were considered. The Air Ministry favoured the DB 601 A, and as part of IK-3 development program, a Daimler-Benz engine was installed experimentally in a Hurricane airframe in 1940. Engineers Ilic and Sivcev at the Ikarus plant Zemun, outside Belgrade, made the conversion by the fitting of new engine bearers, cowlings and cooling system manufactured at the Ikarus factory. The one Hurricane fitted with a DB601A engine for comparison with the Merlin-engined version was tested early in 1941. It was given the designation "LVT-1".

The conversion was extremely successful, and experimental aircraft displayed better take-off performance and climb rate than either the standard Hurricane or the Bf 109 E-3 and was only slightly slower than the latter. VVKJ pilots who flew the Hurricane conversion considered it to be superior to the standard model.[7] At the same time, a 1,030 h.p. Rolls-Royce Merlin III was installed in one of the IK-3 airframes, but this machine had only just been completed at the time of the German attack, and as enemy forces neared Belgrade it was destroyed by the factory workers, together with four other IK-3s undergoing overhaul or modification and a further 25 on the production line.

During 1940 Britain supplied significant military aid to the VVKJ, to strengthen its forces against the increasing German threat. In early March 1941, the German Luftwaffe forces started arriving in neighboring Bulgaria. On March 12, 1941, VVKJ units began to deploy to their wartime airfields. The overthrow of the pro-German government in Belgrade on March 27 brought an end to hopes of a settlement with Germany. On April 6, 1941, Luftwaffe units in Bulgaria and Romania attacked Yugoslavia in what was known as the Bombing of Belgrade. Equipped with a combination of obsolete equipment and new aircraft still being introduced into service, the VVKJ was forced to defend the country's long borders against multiple attacks from many directions. The dubious loyalty of some military personnel did not help matters. Yugoslav fighter aircraft and anti-aircraft artillery brought down about 90-100 enemy aircraft, but defending forces were unable to make any significant impact on the enemy advance. During the attack of German aircraft on Niš Airport Medoševac on 6 April around 08:00, fire from the ground shot down the plane of German fighter ace Herbert Ihlefeld. Captain Ihlefeld, who was credited with over forty air victories, was shot down by Corporal Vlasta Belić, firing a Darne machine gun, caliber 7.69 mm, taken from a Yugoslav Breguet 19. Having received a shot in the oil cooler, the Bf 109's engine stopped, and the pilot was forced to leave the plane. He rescued himself with a parachute about 35 miles southeast of Nis. The German ace was captured by Serbian peasants who handed him over to the gendarmes. On April 17, 1941 the Yugoslav government surrendered. Several VVKJ aircraft escaped to Egypt via the Kingdom of Greece, and the crews then served with the British Royal Air Force (RAF).

By the outbreak of the Second World War, Yugoslavia had a substantial air force with their own aircraft, aircraft from Allied countries like Britain and aircraft from Axis countries like Germany and Italy. In 1940, Britain attempted to bring Yugoslavia to the Allied side by supplying military aide to the Royal Yugoslav Air Force, including new Hawker Hurricane fighter aircraft. However Germany sold a large number of Messerschmitt Bf 109 fighters to Yugoslavia and in early 1941, and German dismay towards a Balkans campaign convinced Yugoslavia to join the Axis forces.

Although Yugoslavia joined the Axis powers, Fascist Italy demanded that their ally Nazi Germany invade Yugoslavia in order to reach Greece and help their disastrous campaign there and in the process break up Yugoslavia since Italians were laying claim on certain territories (mostly Dalmatia). The German Luftwaffe then began to mass at the borders of Yugoslavia from allied Axis nations. The VVKJ was forced to stretch out to defend Yugoslavia from an apparent invasion and imminent air war. [1] Following the coup d'état on March 25, 1941, the Yugoslav armed forces were put on alert, although the army was not fully mobilized for fear of provoking Hitler – to no avail. The VVKJ command decided to disperse its forces away from their main bases to a system of auxiliary airfields that had previously been prepared. However many of these airfields lacked facilities and had inadequate drainage which prevented the continued operation of all but the very lightest aircraft in the adverse weather conditions encountered in April 1941).[8]

Despite having, on paper at any rate, a substantially stronger force of relatively modern aircraft than the combined British and Greek air forces to the south, the VVKJ could simply not match the overwhelming Luftwaffe and Regia Aeronautica superiority in terms of numbers, tactical deployment and combat experience.[9]

The bomber eskadrilla (the equivalent of 22 squadrons) and maritime air force hit targets in Italy, Germany (Austria), Hungary, Romania, Bulgaria, Albania and Greece, as well as attacking German, Italian and Hungarian troops. Meanwhile the fighter eskadrilla (the equivalent of 19 squadrons) inflicted not insignificant losses on escorted Luftwaffe bomber raids on Belgrade and Serbia, as well as upon Regia Aeronautica raids on Dalmatia and Herzegovina, whilst also providing air support to the hard pressed Yugoslav Army by strafing attacking troop columns in Croatia, Bosnia, Macedonia and Serbia (sometimes taking off and strafing the troops attacking the very base being evacuated).[10]

Little wonder then that after a combination of air combat losses, losses on the ground to enemy air attack on bases and the overrunning of airfields by enemy troops that after 11 days the VVKJ almost ceased to exist. It must, however, be noted that between 6 and 17 April 1941 the VVKJ received an additional 8 Hawker Hurricane Is, 6 Dornier Do-17Ks, 4 Bristol Blenheim Is, 2 Ikarus IK 2s, 1 Rogozarski IK-3 and 1 Messerschmitt Bf 109 from the aircraft factories and work-shops.[11] Some 70 or so operational and training aircraft succeeded in escaping to Greece and 4 to Russia (8 Do 17Ks and SM.79Ks set out, but half were lost due to poor weather conditions, mountainous terrain and/or overloading). But further tragedy was to befall even these escapees with some 44 destroyed on the ground at the airfield of Paramitia in Greece by marauding German and Italian fighters. In the end only 3 Lockheed 10s, 2 Do-17Ks, 4 SM.79Ks, 8 Do 22K floatplanes and 1 SIM XIVH floatplane reached the Allied base of Egypt in May 1941.

The Air Force of the Independent State of Croatia came into existence in July 1941 with over 200 captured aircraft. Yugoslav Partisans were themselves able to form an air force in 1943 from captured aircraft from the Croatian Air Force. 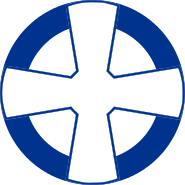 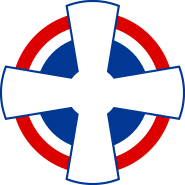