The Royal Danish Army is the land warfare branch of the Danish Defence Forces, together with the Danish Home Guard.

For the last decade, the Royal Danish Army has undergone a massive transformation of structures, equipment and training methods, abandoning its traditional role of anti-invasion defence, and instead focusing on out of area operations by, among other initiatives, reducing the size of the conscripted and reserve components and increasing the active (standing army) component, changing from 60% support structure and 40% operational capability, to 60% combat operational capability and 40% support structure. When fully implemented, the Danish Army will be capable of deploying 1,500 troops permanently on three different continents continuously, or 5,000 troops for a shorter period of time, in international operations without any need for extraordinary measures such as parliamentary approval of a war funding bill.

The Royal Danish Army was originally designed to prevent conflicts and war, maintain Denmark's sovereignty and protect her interest. With time, these goals have developed into also encompassing the need to protect freedom and peaceful development in the world with respect for human rights.

Originally, the Danish King commanded the Army into battle himself and fought on the battlefield. In 1815, however, as a result of continued evolution and division of command, four general commands were created with the King as the supreme authority: Zealand and adjacent islands, Funen Langeland, Jutland and the duchies of Schleswig and Holstein. At the same time, the need for maintenance of the army in peacetime became pertinent, and the Army Operational Command was established. The Royal Danish Army has historically been an integral part of the defence of Denmark and thus involved in warfare, skirmishes and battles continuously to protect her interests. Most notably various territorial wars with Sweden, Russia and Prussia, the Napoleonic Wars on the side of France, and the Second World War, controversially and famously against the wishes of the Danish government, which had ordered immediate surrender to Germany. In modern times the Royal Danish Army has also become the backbone of Danish international missions, such as those in Kosovo, Iraq and Afghanistan.

The Royal Danish Army has been committed to a number of United Nations and NATO peacekeeping and unconventional warfare operations since becoming involved in the Yugoslav Wars under UN mandate in 1994, most notably in the famous Operation Bøllebank. The Royal Danish Army was also engaged in the Kosovo War and continues to this day to maintain peacekeeping operations in Kosovo as part of the United Nations Interim Administration Mission in Kosovo (UNMIK), together with the Danish Home Guard. Furthermore, the Royal Danish Army was involved in the War in Iraq from 2003-2007 with a significant contingent of soldiers responsible for creating and maintaining peace in the province of Basra, together with the British. Denmark lost its first soldier in Iraq on 17 August 2003: Preben Pedersen a 34-year-old Lance Corporal with the Jutland Dragoon Regiment became the first coalition soldier not from the United States or Britain to die in the Iraq War. Since 2001, the Royal Danish Army has also been involved in the War in Afghanistan. For the past few years, the Royal Danish Army and the British Army have been involved in heavy clashes with the Taliban in the Helmand Province, where about 760 Danish soldiers control a large battlegroup.

Units of the Royal Danish Army

The Danish military has recently restructured its internal organization heavily, and now relies on a more flexible and modern structure than before, geared towards upholding national sovereignty and participating in the international war on terror and international peacekeeping missions under NATO and UN mandate. In the Royal Danish Army, this has meant a restructuring where three of the most traditional and historic regiments in Europe provide the cornerstone of two cavalry and one infantry regiments, flanked by five different support regiments and an elite unit of special forces. In addition to these, Denmark also relies on a large number of Army Reserves both for domestic military training and foreign missions.

Structure of the Royal Danish Army 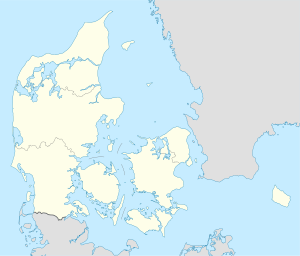 The structure of the Danish army changed in 2010, leaving Danish Division without brigades or support troops directly under the CO command. The two brigades have only command over combat battalions, as all support regiments are now operational units under the Chief of Army Operational Command.

The concept is a modular army, support regiments are giving the command over their units/detachments to brigades or battalions depending on the mission or operation.

This is a list of equipment of the Royal Danish Army.

Helicopters All army helicopters have been transferred to Helicopter Wing Karup, a joint helicopter command under the Royal Danish Air Force:

Trucks, lorrys, and other vehicles

MAN trucks of various models and versions, for instance:

All rifles, carbines, submachine guns and machine gunes issued to conscripts as well as regular personnel are equipped with either a C79 optical sight or an Aimpoint CompM4 to allow the soldier to attach his night vision goggles to optic sight.

Because of the massive internal restructuring over the last decade to create an extremely modern and professional army, the Royal Danish Army no longer operates any aircraft under its own command after the last 12 helicopters of the Eurocopter Fennec AS 550 were transferred to the Royal Danish Air Force in 2004. Furthermore, a number of regiments and units have been disbanded, and instead amalgamated into other, larger divisions and units, centered in operation-specific hubs across the country.