Magnus was born on April 28, 1947 in Brooklyn, New York, the youngest child of a bookkeeper and a seamstress. His family moved from Brooklyn’s Flatbush neighborhood, to the working class, community of Levittown, Long Island, “a mile and a half from a potato farm”. Magnus was sent to a Conservative Hebrew school three days a week and celebrated his bar mitzvah at the Hicksville Jewish Center on Long Island.[1]

He majored in modern European and Russian history at the University of Virginia, graduating in 1969 with a Bachelor of Arts degree and a commission as a second lieutenant in the Marine Corps. He earned a Master's Degree in Business Administration from Strayer College in 1993. His formal military education includes Naval Aviator Training, U.S. Marine Corps Command and Staff College, and the National War College.

Magnus completing The Basic School at Quantico, Virginia in 1969 and then reported to the Naval Air Training Command, where he was designated a Naval Aviator.

Magnus’ staff assignments include Aviation Assault Medium Lift Requirements Officer; Chief, Logistics Readiness Center, Joint Staff; Executive Assistant to the Director of the Joint Staff; Head, Aviation Plans and Programs Branch; Assistant Deputy Chief of Staff for Aviation; Assistant Deputy Commandant for Plans, Policies, and Operations (July 2000 – August 2001); and Deputy Commandant for Programs and Resources (August 2001 – September 2005). He was advanced to the rank of General on November 1, 2005 and began his assignment as the 30th Assistant Commandant of the Marine Corps on November 8, 2005.[2] On July 2, 2008, he was succeed as Assistant Commandant by General James F. Amos.[3] Magnus retired from active service in a ceremony on July 17, 2008 after 38 years of total service. Magnus received the Navy Distinguished Service Medal for his years of superior service to the U.S. military.[4] He officially retired on September 1, 2008; at the time of his retirement, he was the last active officer of the Corps who had served in the Vietnam War.[5]

His personal decorations include: 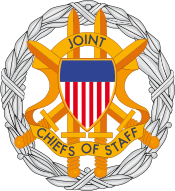