Military Wiki
Register
Don't have an account?
Sign In
Advertisement
in: Articles incorporating text from Wikipedia, Military units and formations of the Royal Air Force, Rescue aviation,
and 4 more

The RAF Search and Rescue Force (SARF or SAR Force) is the Royal Air Force organisation which provides around-the-clock aeronautical search and rescue cover in the United Kingdom, Cyprus and the Falkland Islands.

The force was established in 1941 in light of the number of Allied aircrew lost in the English Channel during the Battle of Britain. An emergency meeting was convened by Air Marshal Sir Arthur "Bomber"'’ Harris which subsequently created the Directorate of Air Sea Rescue on 6 February 1941. This later became the RAF Search and Rescue Force.[1]

During the Second World War, air-sea rescue squadrons flew a variety of aircraft. They used Supermarine Spitfires and Boulton Paul Defiants to patrol for downed aircrew and Avro Ansons to drop supplies and dinghies. Supermarine Walrus and Supermarine Sea Otter amphibious craft were used to pick up aircrew from the water.[2] Larger aircraft were used to drop Airborne lifeboats. The RAF also operated high–speed boats, known as Whalebacks, in the rescue role. By the end of the Second World War, more than 8000 aircrew and 5000 civilians had been rescued.

In the early 1950s, helicopters took over from fixed–wing aircraft in the search and rescue role.

The SARF's primary roles are military search and rescue, and the provision of rescue for civilian aircraft in distress under the 1948 Chicago Convention. The latter is a delegated responsibility to the UK MoD from the Department of Transport, who have primary responsibility for general search and rescue of any type throughout the UK Search and Rescue Region (UK SRR). The military role involves the rescuing of aircrew who have ejected or parachuted from, or crash-landed their aircraft. This role raises the wartime combat effectiveness of the RAF (and RN) by enabling downed aircrew to be returned to front-line flying duties as soon as possible.

Although established with a primary role of military search and rescue, most of SARF's operational missions are spent in its secondary role, conducting civil search and rescue. This entails the rescue of civilians from the sea, on mountains, from flooded regions or other locations on land. 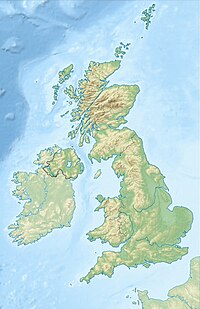 The SAR Force headquarters is situated at RAF Valley on Anglesey. In addition to the Force HQ proper, the HQ building houses the HQs of the RAFs two operational SAR squadrons in the UK (22 and 202), as well as the RAF Sea King Simulator. SAR Force HQ controls the SAR Force's three helicopter squadrons and one independent flight. These are:

SARF's Operational Conversion Unit is No. 203 Squadron also based at RAF Valley and equipped with the Sea King HAR3.

In the UK, maritime search and rescue is coordinated by HM Coastguard, while land-based operations are usually coordinated by the local Police force. From 1941 until the end of 1997 there were two Aeronautical Rescue Coordination Centres (ARCC) – at Plymouth and at Edinburgh. These two were combined in 1997 at RAF Kinloss in the north of Scotland. All requests for assistance from the emergency services throughout the United Kingdom (Police, Fire, Ambulance and Coastguard) are now handled at this single ARCC.[3] The centre is responsible for tasking and coordinating all of the UK's search and rescue helicopter and the RAF Mountain Rescue Service.[4]

In 2006, the government announced controversial plans to effectively privatise provision of search and rescue helicopters in order to replace the aging Sea Kings currently in use, although they have suggested that crews may, at least partially, still be made up of military personnel.[5]

Humberside
Planned operational locations of aeronautical search and rescue cover in the United Kingdom from 2017. The colour of the location mark indicates the type of helicopter at each location (blue: AgustaWestland AW189, red: Sikorsky S92).

In February 2010, Soteria SAR was announced as the preferred bidder for the UK SAR programme.[6] On 8 February 2011, days before the contract was due to be signed, the UK Government halted the process after Soteria admitted that it had unauthorised access to commercially sensitive information regarding the programme.

While this contract is being renegotiated, a "Gap" contract was tendered for the existing Maritime and Coastguard Agency (MCA) bases and in February 2012 it was announced that Bristow Helicopters would take over the running of Stornoway and Sumburgh using Sikorsky S-92s and that Portland and Lee on Solent would be retained by CHC Helicopter using AgustaWestland AW139s.

In March 2013 the Department for Transport announced that it had a signed a contract with Bristow Helicopters Ltd to provide search and rescue helicopter services in the UK with operations will commencing progressively from 2015.[7] The new service is expected to be fully operational across the United Kingdom by summer 2017[8] and will utilize AgustaWestland AW189 and Sikorsky S-92 based in ten locations around the UK (as shown on the map).[9]