Royal Air Force Station Fairford or more simply RAF Fairford (IATA: FFD, ICAO: EGVA) is a Royal Air Force (RAF) station in Gloucestershire, England which is currently a standby airfield and therefore not in everyday use. Its most prominent use in recent years has been as an airfield for United States Air Force B-52s during the 2003 Iraq War, Operation Allied Force in 1999, and the first Gulf War in 1991. It is the US Air Force's only European airfield for heavy bombers.[1]

RAF Fairford was the only TransOceanic Abort Landing site for NASA's Space Shuttle in the UK. As well as having a sufficiently long runway for a shuttle landing (the runway is 3,046 m (9,993 ft) long), it also had NASA-trained fire and medical crews stationed on the airfield.[2] The runway is rated with an unrestricted load-bearing capacity, meaning that it can support any aircraft with any type of load.

RAF Fairford is also the home of the Royal International Air Tattoo (RIAT), an annual air display. RIAT is one of the largest airshows in the world, with the 2003 show recognised by Guinness World Records as the largest military airshow ever, with an attendance of 535 aircraft.

On 14 January 2004, the 420th Air Base Group (420 ABG) was established at RAF Fairford to improve the control of its geographically separated units (GSUs) that had been aligned beneath the 100th Air Refueling Wing at RAF Mildenhall. These units are assigned to airfields at RAF Fairford, RAF Croughton, RAF Alconbury, RAF Molesworth and RAF Menwith Hill. The 420 ABG reported directly to 3rd Air Force until 26 May 2004, when the 38th Combat Support Wing (38 CSW) was established at Sembach Annex, Germany.

On 12 May 2005, USAFE activated the 501st Combat Support Wing, with headquarters at RAF Alconbury, to provide support to its GSUs in the United Kingdom. The Airmen of the 501st CSW focus on units that, by their nature, are separated from main operating stations of RAFs Mildenhall and Lakenheath. A command staff of about 30 people is assigned.

The 422nd ABG at RAF Croughton and the 420th Air Base Squadron are responsible for the day-to-day operations of RAF Fairford, ensuring that it has adequate resources.

RAF Fairford was constructed in 1944 to serve as an airfield for British and American troop carriers and gliders for the D-Day invasion of Normandy during World War II.

In the early years of the Cold War the British and American governments reached an agreement under which elements of the USAF Strategic Air Command (SAC) would be based in the UK. Bases had already been established in East Anglia, at RAF Mildenhall and RAF Lakenheath, but they were considered to be vulnerable to bomber attack and airfields further behind the RAF fighter defences were sought. Four RAF airfields were selected to receive SAC units — RAF Brize Norton, RAF Fairford, RAF Greenham Common and RAF Upper Heyford. In 1948 the Americans occupied RAF stations including Fairford, Brize Norton, Burtonwood, Greenham Common, Mildenhall, Lakenheath and Woodbridge to build up a deterrent in Europe against the Soviets.

RAF Lyneham's position as the primary tactical transport base for the RAF was emphasised in February 1971 when Nos. 30 and 47 Squadrons were transferred from their old base at RAF Fairford.

In 1950, as a result of the beginning of the Cold War, the airfield was transferred to the U.S. Air Force for strategic bomber operations. A 10,000-foot (3,000 m) runway was constructed for long-range bomber operations.

The runway was completed in 1953, and served as a forward airbase for the first Convair B-36 Peacemaker aircraft from Carswell Air Force Base, Texas. The airfield later received B-47s which were maintained at a heightened state of alert because of increased tensions with the Soviet Union.

Fairford was chosen in 1969 as the British test centre for the Concorde aircraft, which continued until 1977. The U.S. Air Force returned with KC-135 Stratotankers deployed on rotation from the many KC-135 bases in the USA. On 15 November 1978 the 11th Strategic Group was activated at Fairford. It was not manned until the following February and did not start receiving aircraft until September 1978. It soon began aerial refueling support for all USAF operations, deployments and redeployments, as well as participating in NATO exercises.

KC-135 and KC-10 tankers deployed to Fairford supported Operation El Dorado Canyon against Libya in 1986. The KC-135s and KC-10s were withdrawn in 1990 and the station was returned to standby status, upgraded to 'limited use' in the mid-1990s. In 2010, military personnel were removed, leaving a civilian operating unit.

Due to RAF Fairford's location and infrastructure, the airfield is designated as a forward operating location for the US Air Force. It was used in the first Gulf War in 1991, with B-52s and KC-135s from Eaker AFB in Arkansas. It was later used during Operation Allied Force in 1999 when B-52s from Barksdale AFB, B-1Bs from Ellsworth AFB and KC-135s from Mountain Home AFB were used. During that conflict, Fairford-based bombers dropped 48% of the ordnance dropped by NATO on targets in the former Yugoslavia. In the 2003 Iraq War, Operation Iraqi Freedom included B-52s based at Minot AFB but flying from Fairford. In recent years the airfield has been occasionally used by American B-2 Spirit stealth bombers and is frequently visited by transient U-2 aircraft.

Due to the deteriorating airfield facilities and its unique NATO heavy bomber mission, RAF Fairford underwent a $100 million upgrade of its runway and fuel systems in the largest NATO funded airfield construction project within a NATO country since the end of the Cold War. This work lasted from May 2000 through May 2002. Additional improvements continued until 2008, including the construction of two climate-controlled hangars for B-2 stealth bombers and a low-observability maintenance dock.

On 15 September 2009, it was announced that the USAF will withdraw all their uniformed staff from the station by September 2010, after which it will be run on a "care and maintenance" basis. However the base will remain a designated standby airfield, capable of immediate reactivation within 24–48 hours and continue to host the Royal International Air Tattoo.[3] 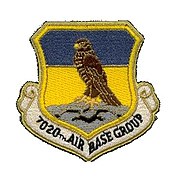 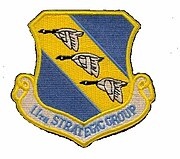