The Pakistan Air Force Academy (PAFA) is an accredited co-educational four-year military academy which provides undergraduate education to officer candidates for the Pakistan Air Force (PAF). Located in the town of Risalpur in Nowshera District of the Khyber Pakhtunkhwa province in northwestern Pakistan,[2][3] it is a premier cadet training institution of the Pakistan Air Force which offers academic professional degrees. Its role is the training of General Duty Pilots (GDP), Aeronautical and Avionics Engineers and the initial training of other Ground Branch cadets. Cadets of all branches join the Academy following a recommendation by the Inter Services Selection Board (ISSB) of Pakistan and the Air Headquarters Special Selection Board for Short Service Commission candidates. Graduates of the Academy's four-year program receive a Bachelor of Science degree, and most are commissioned as flying officers (lieutenants) in the Pakistan Air Force.

The Academy was created in 1910 and was a former aerodrome/airfield of the Royal Flying Corps then later Royal Air Force. It officially became the airbase of the PAF on 15 August 1947. On 21 January 1967, it was again upgraded to the status of an academy by then-President Ayub Khan. Currently, it consists of 5 different components.

At the heart of the PAF since its inception, the Pakistan Air Force Academy has bred generations of officers for the PAF and other branches of the Pakistani Armed Forces. The Academy now has impressive premises with state-of-the-art infrastructure portraying the progress from the modest beginning initiated by a handful of dedicated men in 1947.[4]

Located in a basin some 1014 feet above sea level, it is bounded on the south and west by the Kabul and Kalpani rivers, respectively. It is located in Risalpur in Nowshera District and is situated eight kilometers from the city (and district capital) of Nowshera; the famous Khyber Pass lies 90 kilometers to the north.[3] The Risalpur Cantonment itself lies on high ground, some 30 feet above the surrounding area, with the oldest building dating from 1913 or 1914.[5]

The history of Risalpur airbase dates back to 1910 when an airstrip was developed here. During the First World War, the Royal Flying Corps established a base at Risalpur. In December 1915 RAF's newly raised No. 31 Squadron was stationed here, which was later used against troublesome tribesmen of the Tribal areas along the Afghan border. The squadron flew B.E.2c and Farman biplane in ground support missions.[6] On 24 May 1919, Handley Page V/1500 flew its first mission to attack Kabul from the airfield.[7] In 1925 the air fleet of base was tasked to carry out a survey of the about four hundred square miles area of Ravi's old river bed for finding ancient sites.[8] After First World War, the No. 11 Squadron of Royal Air Force equipped with Westland Wapiti was stationed at the base in 1928,[9] that was also used in the operations in the tribal areas.[10] The bombers of this squadron were used By 1940, Risalpur had become both a training and an operational base. During the Second World War, an operational training squadron was stationed at Risalpur,[11] besides the base also conducted fighter conversion courses.[5][12]

After partition, Risalpur was like an abandoned airfield.[13] The airbase was formally established after the creation of Pakistan on 15 August 1947 with 20 officers, 21 trainees, 23 senior non commissioned officers (SNCOs) and 257 airmen. The base comprised only a handful of men and some equipment. About a month later, the Flying Training School was established at Risalpur, that carried out Initial, elementary and advanced flying training.[14] In September 1947, six Harvard aircraft from Flying Training School of Ambala, that were transferred to Pakistan after partition, reached Risalpur.[15] Wing Commander Asghar Khan, later to become the first Air Chief of the PAF, took over as the first Officer Commanding of the School, with Harvard and Tiger Moth aircraft in the inventory. Flt Lt M Khyber Khan, who later rose to the rank of Air Vice Marshal, and his student, Flight Cadet Akhtar, flew the first training sortie on 22 September 1947.[16]

During the Indo-Pakistani War of 1947, the airfield was used to transport personnel and other important equipment to the difficult mountain terrain of Northern Areas. In March 1950, Mohammad Reza Pahlavi of Iran, who was the first Head of state to visit Pakistan and a flyer himself, visited the Academy.[17] After fifty years of Jinnah's visit to the academy, a commemoration was held on 13 April 1997. Among other veterans, Air Marshal Asghar Khan also witnessed the ceremony who was the commandant at the time of the visit.[18]

On 13 April 1948, the founder of Pakistan, Muhammad Ali Jinnah, visited Risalpur Flying Training School and raised its level to that of a college. Risalpur thus became the genesis of PAF pilots. It became the only Military Academy of Pakistan to be visited by Jinnah.[19][20] At this ceremony, Jinnah took the General Salute at the parade. Fighter aircraft from Peshawar Air base also performed aerobatics at the event. During Indo-Pakistani War of 1965 a bomber squadron was stationed here after Peshawar Airbase was hit by IAF.[11] On January 21, 1967 President Ayub Khan elevated the status of the PAF College, Risalpur to that of an academy.[21]

Initially, the institution was equipped with Harvard, Tiger Moth, Auster, Fury and Tempest aircraft. A major change came with the introduction of the T-37 jet trainer in 1963 and the air fleet of the academy was transformed from propeller to jet engine aircraft.[15] Eight years after the College was upgraded to an Academy in 1967, the T-6G (Harvard), which had rendered extensive service to the PAF since 1947, was replaced by the Mushshak (Saab Trainer). Currently, the trainer aircraft at the PAF Academy are T-37,[22] Mushshak MFI-17 and the K-8, the last of which was brought into service with the PAF in 1995. The academy has two aviation wings and a squadron. The Primary Flying Training (PFT) Wing consists of MFI-17 while Basic Flying Training (BFT) Wing consists of T-37 aircraft. An Advance Flying Training squadron is composed of K-8 aircraft.

The PAF Academy consists of 5 components:

The College of Flying Training imparts four-year undergraduate programs in science along with equipping cadets of the Flying branch, with flying skills. CFT is affiliated with Air University. The college consists of Flying Training Wing, Directorate of Studies (DOS), Engineering Wing and Flying Instructors School.[23] While the Flying Training Wing with BFT, PFT and K-8 Squadron its sub units, carry out flying training, the Engineering Wing supports the flying wing by maintaining the air fleet and the Directorate of Studies educates the flying and non-flying branch cadets about aviation sciences, administration, airspace management, humanities and other related academic disciplines.[24]

College of Aeronautical Engineering (CAE) is a component institute of the academy which imparts engineering education to the cadets inducted in the Engineering branch of PAF. The institute was set up in July 1965 at Korangi Airbase, Karachi, with the help of US Air Force (USAF) and Colonel John H. Blakelock, a member of USAF became its first principal. The first course graduated from the college on 9 November 1968. In May 1986 the college was shifted from Karachi to Risalpur. The college conducts four-year undergraduate programs in two engineering disciplines namely aeronautical and avionics.[18] CAE started postgraduate programs in 1997. The college was initially was affiliated with University of Karachi and later to NED University of Engineering and Technology in March 1977.[25] It got affiliated with National University of Sciences and Technology in 1995.[26] The institute is equipped with modern engineering labs and workshops.[18] CAE got ISO-9001 certified in 1999 for successfully managing quality system of its academic programs. Apart from Aerospace and Avionics, the institute has three more departments: Industrial Engineering, Humanities & Science, and Professional Continuing Education.[27]

The Flying Instructors School (FIS) trains instructors, not only for the PAF but also for the Pakistan Army and Navy. Due to its high standards, the FIS also has a good reputation outside of Pakistan. It currently trains instructors from countries in the Middle East, Southeast Asia, and Africa. The FIS is also responsible for the maintenance of high standards of teaching in the College of Flying Training, and the Fighter Conversion units. The re-categorization of instructors in all three armed forces is an additional responsibility of the School. The FIS follows a three-dimensional training system, which includes academic training, flying training, and instructional technique. The FIS also undertakes reciprocal visits to enhance training standards; between 1990 and 1997, these visits were organized with the Central Flying School, UK.

The Para Training School was established at the PAF Academy Risalpur in 2003. It is the second parachute school in Pakistan after the Pakistan Army Para School located at Peshawar. Before its establishment, PAF personnel were trained at the Pakistan Army Para School. The school conducts various basic and advanced courses, including free fall training.[28] It also trains cadets to fly para motor gliders.[29] The Special Service Wing of the PAF also receives parachute training at this school.

The role of the Military Training Wing (formerly Cadet's Wing) is aimed to impart general service training and develop physical fitness, discipline, personal and leadership qualities in cadets. The subjects covered include:[30]

The Military Training Wing comprises officers and instructors who monitor the activities of cadets throughout their training period.[30] The Military Training Wing is sub-divided into four squadrons. The squadrons take part in various competitions and the overall winning squadron is awarded the "Quaid-e-Azam Banner" at the passing out ceremony which is held at the end of term.

The PAF Academy is entrusted with the responsibility of training, nurturing and grooming future officers of the PAF. It also has the privilege of training cadets and officers of the Pakistan Army, Navy, Pakistan International Airlines and other countries including Bangladesh, Brunei, China, Indonesia, Iran, Jordan, Malaysia, Nepal, Nigeria, Qatar, Saudi Arabia, Sri Lanka, Sudan, Syria, Turkey, Turkmenistan and the UAE.[31]

The Passing Out Parade is held every six months. The graduating cadets of flying and engineering pass out at this parade. The chief guests are usually the President, Prime Minister or the service chiefs of the armed forces of Pakistan. Graduating cadets take the Oath of Allegiance under the flag of Pakistan, after which they take the salute of the parade. The end of the parade is marked by the aerobatics display of the PAF Aerobatic team renowned as the "Sherdils" (flying T-37 aircraft) and the Academy Aerobatic team known as "Academy Hawks" (flying K-8 aircraft).[24][32] The awards presented to the cadets at this occasion are:[33]

The squadron that achieves best score in sports and other activities during the term is also awarded at this occasion with Quaid-e-Azam Banner.

This event also takes place after six months. Two convocations are held each time - one for graduating cadets of the GD(P) branch and the other for cadets of the engineering branch. The awards presented at this occasion are:[34]

The graduation ceremony of courses is held bi-annually at the Academy. The cadets joining ground branches after completing their HSSC spend two to four years at the Academy whereas the Bachelor BS degree holder cadets course has a duration of six months.

Changing of the Guard at Mazare-e-Quaid

Another important event is the annual Changing of the Guard ceremony at Mazar-e-Quaid, Karachi on Pakistan Defence Day (September 6). Cadets from the PAF Academy assume guard duties at the mazar on this day.[20][35]

The PAF Academy also holds an All-Pakistan Declamation Competition, one of the biggest annual events. Some forty teams from different major higher education institutes in Pakistan are invited to take part. The event takes place over four days during which a number of rounds are held. The PAF bears all the expenses of travel and accommodation of the teams.[36] 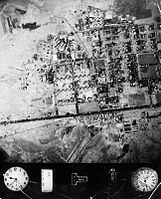