Military Wiki
Register
Don't have an account?
Sign In
Advertisement
in: Articles incorporating text from Wikipedia, Battles and operations of the South African Border War, 1983 in Angola,
and 2 more 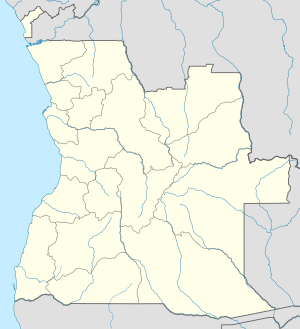 Operation Askari, launched on 6 December 1983, was the SADF's sixth large-scale cross-border operation into Angola and was intended to disrupt the logistical support and command & control capabilities of PLAN (SWAPO's military wing) in order to suppress a large-scale incursion into South West Africa that was planned for the beginning of 1984. The FAPLA army of the Angolan governing party MPLA also became involved in some of the skirmishes.

The primary SADF forces consisted of four battalion-sized combat groups plus one smaller unit operating to the east, as follows:

(The build-up of forces in the Xangongo-Cahama area in mid to late December was intended to draw MPLA forces away from their Cuvelai stronghold. X-Ray departed the area on 29 December and the battle group engaged FAPLA 11 Brigade on 3 January at Cuvelai. The ensuing 11 hours battle saw the first use of T-55 tanks in a mobile capacity in Angola. The SADF called up Olifant tanks to counter this new threat after the battle of Cuvelai. X-Ray proceeded as far north as the mine in Tshemutete after Cuvelai..... Added by 61 Mech gunner in Ratel-90 34 Charlie)

The composition of Combat Team Tango consisted of two SWATF company-based combat team from Sector 20, Echo company of 1 Parachute Bn and one company of 32 Bn. Their objectives were to capture Caiundo 15°43′24″S 17°27′32″E﻿ / ﻿15.72333°S 17.45889°E﻿ / -15.72333; 17.45889﻿ (Caiundo) and disrupt SWAPO infiltra[1] tion into South West Africa. This stronghold on the eastern bank of the Cubango River was never a part of the original Askari Army plan. A platoon of Sector 20 was attacked on the night of 19/20 December. FAPLA recces had discovered that one platoon of this force were deployed outside the main defensive perimeter, and were much closer to Caiundo than they should have been. During the night FAPLA sent a Company to attack this platoon. This they did successfully, killing five and capturing one SWA Territory Force soldier, plus 13 light machine guns, 3 rifles, 3 radios, a 60 mm mortar and a Unimog. The two companies of Parachute and 32 Bn got pinned down in a minefield surrounding the military base resulting in heavy casualties. This set-back resulted in a switch of air activities from the Cahama and Mulondo fronts, to the unplanned for Caiundo area, which continued uninterrupted for the remainder of operation Askari. There was a substantial reduction in the air effort over the planned Askari key points, which reduced the pressure on the enemy and allowed FAPLA to remain in control of their troops and their emotions, in both Cahama and Mulondo.In spite of a large air effort over a period of 21 days, Caiundo was not taken. Despite a heavy air bombardment and a determined ground assault the FAPLA minefields and defensive bunkers remained intact. FAPLA's 53rd Brigade had reason to celebrate their successful defence of Caiundo against the SADF.

The composition of this task force was based on the 32nd Battalion, with Regiment Mooi River and 102 Battalion. It is unclear how many companies were involved, but given the 500-man strength, this force probably composed of two to three motorized companies plus supporting arms.

By 1983 the 32nd consisted of approximately seven motorized infantry companies plus a 82mm mortar platoon and a reconnaissance wing. By 1984, an anti-tank company with Ratel-90's, ENTAC and batteries of M-5 120mm mortars, Valkiri and Ystervark had been added. It's unclear whether these latter attachments were in place for ASKARI, but I suspect that it was the results of ASKARI that suggested that the 32nd would need to be strengthened to contend with increased FAPLA opposition in the South African Border War.

A section of Eland armoured cars and 5.5 howitzers were attached to the 32nd for this operation.

Their objective was to disrupt SWAPO infiltration between Cuvelai and Cassinga.

The composition of Task Force Victor was unknown, although possibly a SWATF unit such as the 101st or 102nd based in Ovamboland. The 101 took part in Operation Modular and they were available in the theater in 1983. Their objective was unknown.