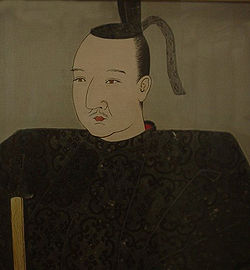 In this Japanese name, the family name is Oda.

Oda Nobutada (織田 信忠?, 1557 – June 21, 1582) was the eldest son of Oda Nobunaga, and a samurai who fought in many battles during the Sengoku period. He commanded armies under his father in battles against Matsunaga Hisahide and against the Takeda clan.