The Nigerian Army (NA) the largest components of Nigerian Armed Forces, with 100,000 professional personnel.[2] The original elements of the Royal West African Frontier Force (RWAFF) in Nigeria were formed in 1900.

During the Second World War, British-trained Nigerian troops saw action with the 1st (West Africa) Infantry Brigade, the 81st and the 82nd (West Africa) Divisions which fought in the East African Campaign (World War II) and in the Far East.

In Nigeria, from a force of 18,000 in infantry battalions and supporting units, strength rose to around 126,000 in three divisions by the end of the Nigerian Civil War in 1967.[3] In terms of doctrine, the task of the Federal Nigerian army did not fundamentally change: its task remained to close with and defeat an organised enemy.

The rapid expansion saw a severe decline in troop quality. The Nigerian expansion process led to an extreme shortage of commissioned officers, with newly created lieutenant-colonels commanding brigades, and platoons and companies often commanded by sergeants and warrant officers. This resulted in tentative command-and-control and in rudimentary staff work.[4] One result of the weak direction was that the Federals' three divisions fought independently, and competed for men and materiel. Writing in a 1984 study, Major Michael Stafford of the US Marine Corps noted that "Inexperienced, poorly trained and ineptly led soldiers manifested their lack of professionalism and indiscipline by massacres of innocent civilians and a failure to effectively execute infantry tactics." [5] Among the results was the 1967 Asaba massacre.

The influence of individual personalities are generally greater in the armies of developing states, as they tend to have weaker institutional frameworks. Key personalities involved in Nigeria included then-Colonel Olusegun Obasanjo. Obasanjo is particularly important due to his efforts to reorganise his command, 3 Division, during the civil war to improve its logistics and administration. The reorganisation he instituted made the Division capable of carrying out the offensive that ended the civil war.

The Nigerian Army fought the civil war significantly under-resourced; Obasanjo's memoirs chronicle the lack of any stocks of extra equipment for mobilisation, and the "haphazard and unreliable system of procurement and provisioning" which lasted for the entire period of the war.[6] Arms embargoes imposed by several Western countries made the situation more difficult.

The U.S. intelligence community concluded in November 1970 that "..The Nigerian Civil War ended with relatively little rancor. The Igbos are accepted as fellow citizens in many parts of Nigeria, but not in some areas of former Biafra where they were once dominant. Igboland is an overpopulated, economically depressed area where massive unemployment is likely to continue for many years.[7]

The U.S. analysts said that "..Nigeria is still very much a tribal society..." where local and tribal alliances count more than "national attachment. General Yakubu Gowon, head of the Federal Military Government (FRG) is the accepted national leader and his popularity has grown since the end of the war. The FMG is neither very efficient nor dynamic, but the recent announcement that it intends to retain power for six more years has generated little opposition so far. The Nigerian Army, vastly expanded during the war, is both the main support to the FMG and the chief threat to it. The troops are poorly trained and disciplined and some of the officers are turning to conspiracies and plotting. We think Gowon will have great difficulty in staying in office through the period which he said is necessary before the turnover of power to civilians. His sudden removal would dim the prospects for Nigerian stability." 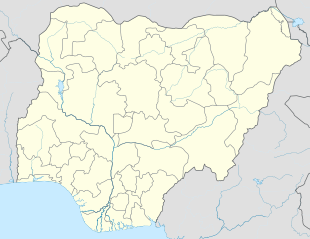 Divisions in the Nigerian Army originated during the Nigerian Civil War, when in August–September 1967, 1 Area Command at Kaduna was redesignated 1 Infantry Division, 2 Division was formed under Colonel Murtala Mohammed, and the then Lagos Garrison Organisation was renamed 3 Infantry Division, later to be renamed 3 Marine Commando under Colonel Benjamin Adekunle. .[8]

Its formations include the 1st Division, headquartered in Kaduna in the north-west, and 2nd Division (HQ Ibadan in the South-West, which includes 32 Artillery Brigade at Abeokuta).[9] 2nd Division also possibly includes 4 Brigade at Benin City, with 19 Battalion at Okitipupa and 195 Battalion at Agenebode. 52 Signal Regiment may be the divisional signals unit. 3rd Armoured Division's headquarters is at Rukuba Cantonment, Jos, in the North-East, and includes 21 Armoured Brigade Maiduguri, 23 Brigade Yola, and 33 Artillery Brigades.[10] 81st Division (Amphibious) HQ in Lagos, which includes the 9th Brigade, based at the Ikeja compound in Lagos, 82nd Division (Airborne and Amphibious) HQ in Enugu in the South-East, which includes the 2 Brigade at Port Harcourt, 13 Brigade at Calabar and the 34 Artillery Brigade at Obinze/Owerri. The Composite Division at Enugu was formed in 1964 as 4th Infantry Division, in 1975 became Lagos Garrison Organization; in 1981 became 4th Composite Division; became a Composite Division in May 2002.[11] 3rd Armoured Division was responsible in 1983 for the security of areas bordering Chad.[12]

Lagos and Abuja have garrison commands, with the Lagos garrison as large as a division. 81 Division was the youngest Division in the Nigerian Army. The Division was formed on 26 May 2002 when the Lagos Garrison Command (as it then was) was upgraded to a full-fledged Division. The Division therefore inherited the security roles hitherto performed by the defunct Lagos Garrison Command.[13] However a later undated article in a Nigerian online newspaper says the 81 Division was later again renamed the Lagos Garrison Command. In the 1980s, the Army's brigades included the 7th Infantry Brigade in Sokoto. There are also Divisional Artillery Brigades, among which are the 32 and 34 Artillery Brigades,[14] ordnance corps units as well as Combat Engineer Regiments, and many other service support units spread across the country.

Training and Doctrine Command formed in 1981, and is located at Minna. It supervises the army's schools, including the Depot. The Army sponsors the Nigerian Military School at Zaria. 7th infantry Division with head quarters in Maduguri, in the north eastern Nigeria. This division was recently instituted for the purpose of combating the Islamist terrorists that are now engaged in terrorism in the noerthern parts of Nigeria.

In December 1983, the new Major General Muhammadu Buhari regime announced that Nigeria could no longer afford an activist anti-colonial role in Africa. Anglophone members of the Economic Community of West African States (ECOWAS) established ECOMOG, dominated by the Nigerian Army, in 1990 to intervene in the civil war in Liberia. The Army has demonstrated its capability to mobilize, deploy, and sustain brigade-sized forces in support of peacekeeping operations in Liberia. Smaller army forces have been previously sent on UN and ECOWAS deployments in the former Yugoslavia, Angola, Rwanda, Somalia, and Sierra Leone.[citation needed]

That policy statement did not deter Nigeria under Generals Ibrahim Babangida in 1990 and Sani Abacha in 1997 from sending peacekeeping troops as part of ECOMOG under the auspices of ECOWAS into Liberia and later Sierra Leone when civil wars broke out in those countries. President Olusegun Obasanjo in August 2003 committed Nigerian troops once again into Liberia, at the urging of the United States, to provide an interim presence until the UN's force UNMIL arrived. Charles Taylor was subsequently eased out of power and exiled to Nigeria.

In October 2004, Nigerian troops again deployed into Darfur, Sudan to spearhead an African Union force to protect civilians in Darfur.

In January 2013, Nigeria began to deploy troops to Mali as part of the African-led International Support Mission to Mali.

Nigeria claimed to have contributed more than 20,000 troops and police officers to various UN missions since 1960. The Nigeria Police Force and troops have served in places like UNIPOM (UN India-Pakistan Observer mission) 1965, UNIFIL in Lebanon 1978, the UN observer mission, UNIIMOG supervising the Iran-Iraq ceasefire in 1988, former Yugoslavia 1998, East Timor 1999, and in the Democratic Republic of the Congo (MONUC) 2004.

Nigerian officers have served as chiefs of defence in other countries, with Brigadier General Maxwell Khobe serving as Sierra Leone chief of staff in 1998-1999,[15] and Nigerian officers acting as Command Officer-in-Charge of the Armed Forces of Liberia from at least 2007.

Chiefs of the Nigerian Army

Following is a chronological list of officers holding the position of General Officer Commanding (GOC) or Chief of Army Staff (COAS).[16]