The NOAA Commissioned Officer Corps, established on May 22, 1917, as the Coast and Geodetic Survey Corps due to the events of World War I, and then as the Environmental Science Services Administration (ESSA) Corps from 1965 to 1970,[10][11] traces its roots back to the former U.S. Coast and Geodetic Survey, which dates to 1807 under President Thomas Jefferson. Coast and Geodetic Survey officers were commissioned so that under the laws of war, they could not be executed as spies if they were serving as surveyors on a battlefield. The first flag officer in the USC&GS Corps was Rear Admiral Raymond S. Patton when he was promoted from Captain to Rear Admiral in 1936. When the Coast and Geodetic Survey was transferred to the newly established Environmental Science Services Administration 13 July 1965 (per Reorganization Plan 2 of 1965), the corps was redesignated the Environmental Science Services Administration Corps (ESSA Corps). The first director of the ESSA Corps was Rear Admiral James C. Tison. Vice Admiral H. Arnold Karo was the first Deputy Administrator of ESSA. Karo was promoted to Vice Admiral 13 July 1965 to help lead in the establishment of the new ESSA. Vice Admiral Karo was the highest-ranking officer in the history of the USC&GS/ESSA/NOAA Corps. The ESSA was transferred to newly established National Oceanic and Atmospheric Administration 3 October 1970 (per Reorganization Plan 4 of 1970), and the corps was redesignated the National Oceanic and Atmospheric Administration Corps (NOAA Corps). The first director of the NOAA Corps was Rear Admiral (Upper Half) Harley D. Nygren. The NOAA Corps is one of the seven uniformed services of the United States and has over 300 commissioned officers and no enlisted or warrant officer ranks. The number of Rear Admiral billets in the NOAA Corps decreased from five to two between 1985 and 2010.

Directors of the NOAA Corps and predecessor organizations

The NOAA Corps uses the same commissioned officer ranks as the United States Navy and Coast Guard. While the grade of admiral has been established as a rank in the NOAA Corps,[23][23] the rank has not been authorized for use by Congress.[24] Current NOAA Corps ranks rise from ensign to vice admiral,[24] pay grades O-1 through O-9 respectively. NOAA Corps officers are appointed via direct commission and receive the same pay as other members of the uniformed services. They cannot hold a dual commission with another service but inter-service transfers are sometimes permitted. 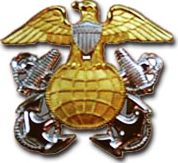