Military branch (also service branch or armed service) is according to common standard the subdivision of the national armed forces of a sovereign nation or state. In classical NATO terminology, the three basic military branches are the Army, Air Force, and Navy.

Countries which do not have access to any of the high seas or any oceans generally do not have a national navy.

Emblems of some countries 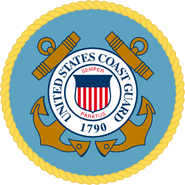 The military branches came into being in line with military technical progress and have been developed permanently. With that background, the air force was established early in the 20th century as one of the latest armed service.

The army is traditionally the oldest – and in many countries the biggest armed service.

This article incorporates information from the equivalent article on this wikiNo language provided for the interwiki translation template!