Military Wiki
Register
Don't have an account?
Sign In
Advertisement
in: Articles which use infobox templates with no data rows, Articles incorporating text from Wikipedia, Military ranks, Military ranks of Singapore

Major is a rank of commissioned officer, with corresponding ranks existing in many military forces.

When used unhyphenated, in conjunction with no other indicator of rank, the term refers to the rank just senior to that of an army captain and just below the rank of lieutenant colonel. It is considered the most junior of the field ranks. In some militaries, notably France and Ireland, the rank is referred to as commandant, while in others it is known as captain-major. It is also used in some police forces and other paramilitary rank structures, such as the New York State Police, New Jersey State Police and several others. As a police rank, Major roughly corresponds to the UK rank of Superintendent.

When used in hyphenated or combined fashion, the term can also imply seniority at other levels of rank, including general-major or major general, denoting a mid-level general officer, and sergeant major, denoting the most senior NCO of a military unit. In the Philippines, Major corresponds to the rank of Chief Inspector as a Police, Fire, and Jail rank.

It can also be used with a hyphen to denote the leader of a military band such as in pipe-major or drum-major.

Links to major ranks by country 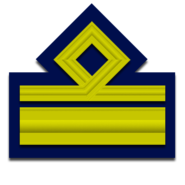 Links to ranks equivalent to major by country