Military Wiki
Register
Don't have an account?
Sign In
Advertisement
in: Articles incorporating text from Wikipedia, British culture, 1914 in the United Kingdom,
and 4 more

A 1914 recruitment poster depicting Lord Kitchener, the British Secretary of State for War, above the words "WANTS YOU" was the most famous image used in the British Army recruitment campaign of World War I.[1][2] It has inspired many imitations.

Britain declared war on the German Empire on 4 August 1914. The poster was designed by Alfred Leete and had first appeared as a cover illustration for London Opinion, one of the most influential magazines in the world, on 5 September 1914.[2] A similar poster used the words "YOUR COUNTRY NEEDS YOU".[3] On the outbreak of the First World War, Prime Minister of the United Kingdom Herbert Asquith appointed Kitchener as Secretary of State for War.[1] Kitchener was the first member of the military to hold the post and was given the task of recruiting a large army to fight Germany.

The poster has often been seen as a driving force helping to bring millions of men into the Army.[4] The image first appeared in the front cover of the hugely influential London Opinion magazine on 5 September 1914, a month that had the highest number of volunteers. In response to requests for reproductions, the magazine issued postcard-sized copies, and the Parliamentary Recruiting Committee obtained permission to use the design in poster form.[2] The Times recorded the scene in London on 3 January 1915; "Posters appealing to recruits are to be seen on every hoarding, in most windows, in omnibuses, tramcars and commercial vans. The great base of Nelson's Column is covered with them. Their number and variety are remarkable. Everywhere Lord Kitchener sternly points a monstrously big finger, exclaiming 'I Want You'".[2] Although it became one of the most famous posters in history,[2] its widespread circulation did not halt the decline in recruiting.[2]

The "Britons (Lord Kitchener) Wants YOU" poster dating from September 1914

Another version of Kitchener poster with the caption "Your Country Needs YOU", dating from September 1914

The image of Lord Kitchener with his hand pointing directly at the viewer has inspired numerous imitations:

British World War I recruiting poster featuring the national personification, John Bull, c1915. "Who's Absent? Is it YOU?" 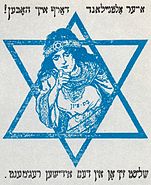 Russian White Army recruitment poster, 1919. "Why aren't you in the army?"

Russian Soviet Federative Socialist Republic recruitment poster by Dmitry Moor, 1920. "Did You Volunteer?"
AH! MOTHERLAND!.gif
Soviet Union poster, 1927. "You, if you are not yet a member of the cooperative – sign up immediately!"

United States 1985 Smokey Bear poster. The "Only You" refers to his famous quotation, "Only You Can Prevent Forest Fires"