The Lockheed Model 10 Electra was a twin-engine, all-metal monoplane airliner developed by the Lockheed Aircraft Corporation in the 1930s to compete with the Boeing 247 and Douglas DC-2. The aircraft gained considerable fame as it was flown by Amelia Earhart on her ill-fated around-the-world expedition in 1937.

Some of Lockheed's wooden designs, such as the Orion, had been built by Detroit Aircraft Corporation with metal fuselages. However, the Electra was Lockheed's first all-metal and twin-engine design by Lloyd Stearman[1][2] and Hall Hibbard. The name Electra came from a star in the Pleiades. The prototype made its first flight on February 23, 1934 with Marshall Headle at the controls.[3]

Wind tunnel work on the Electra was undertaken at the University of Michigan. Much of the work was performed by a student assistant, Clarence Johnson. He suggested two changes be made to the design: changing the single tail to double tails (later a Lockheed trademark), and deleting oversized wing fillets. Both of these suggestions were incorporated into production aircraft. Upon receiving his master's degree, Johnson joined Lockheed as a regular employee, ultimately leading the Skunk Works in developing advanced aircraft such as the Lockheed SR-71 Blackbird.

The Lockheed Electra was one of the first commercial passenger aircraft to come equipped with mud guards as standard equipment. Before the Electra, only aircraft with fixed landing gear had mud guards.[4]

After October 1934 when the US government banned single-engined aircraft for use in carrying passengers or in night flying, Lockheed was perfectly placed in the market with its new Model 10 Electra. In addition to deliveries to US based airlines, several European operators added Electras to their prewar fleets. In Latin America, the first airline to use Electras was Cubana de Aviación, starting in 1935, for its domestic routes.

Besides airline orders, a number of non-commercial civil operators also purchased the new Model 10.[5] In May 1937, H.T. "Dick" Merrill and J.S. Lambie accomplished a round-trip crossing of the Atlantic Ocean. The feat was declared the first round-trip commercial crossing of that ocean by any aircraft. It won them the Harmon Trophy. On the eastbound trip, they carried newsreels of the crash of the Hindenburg, and on the return trip from the United Kingdom, they brought photographs of the coronation of King George VI. Bata Shoes operated the Model 10 to ferry their executives between their European factories.

Probably the most famous use of the Electra was the highly modified Model 10E flown by aviatrix Amelia Earhart. In July 1937, she disappeared in her Electra during an attempted round-the-world flight.[5]

Many Electras and their design descendants (the Model 12 Electra Junior and Model 14 Super Electra) were pressed into military service during World War II, for instance the USAAF's C-36. By the end of the war, the Electra design was obsolete, although many smaller airlines and charter services continued to operate Electras into the 1970s.[5]

The Electra was produced in several variants, for both civilian and military customers. Lockheed built a total of 149 Electras.

XC-35
Experimental pressurized research model powered by turbocharged Pratt & Whitney XR-1340-43, 550 hp (410 kW) each. The one production model was tested for the War Department by Lieutenant Benjamin S. Kelsey. For this work, the Army Air Corps was awarded the 1937 Collier Trophy. The XC-35 is currently in storage in the collection of the National Air and Space Museum.[6]
Lockheed KXL1
A single Lockheed Model 10 Electra supplied to the Imperial Japanese Navy Air Service for evaluation.

Canada is the home of two Model 10As. The first aircraft in the Air Canada (then called Trans-Canada Air Lines) fleet was an Electra 10A, "TCA." Two Electras were delivered to Trans-Canada Air Lines (TCA) in 1937. They were based in Winnipeg and used for pilot training. Trans-Canada Air Lines ordered three more for transcontinental service; "CF-TCC" was one of those three. These former TCA machines and other 10As were acquired by the RCAF during Second World War, and later sold to private operators.

Believed that TCC was formerly N239PB operated by Provincetown-Boston Airlines.

Two Model 10 Electras are also preserved in New Zealand's Museum of Transport and Technology at Auckland. Another Auckland-based Electra, owned by Kaipara Aviation Trust, is under restoration to flying condition.

A military version designated as UC-36A Electra (s/n 43-56638, civilian registration N4963C) is on display at the Pima Air and Space Museum in Tucson, Arizona. Another military version designated AC-35 Electra is on display at the Udvar-Hazy Center of the National Air and Space Museum in Chantilly, Virginia.

Electra 10A, Serial no. 1130, is on display in the National Naval Aviation Museum, Pensacola, Florida.

Electra 10A, serial no. 1052 is undergoing final restoration while on display at the New England Air Museum[8] in Windsor Locks, Connecticut. Although originally a USN XR20-1 (BuNo 0267), it is painted in Northwest Airlines colors. At one point it was intended to use this machine for a recreation of the Earhart flight but it required too much work.[9] N38BB is on display at Oakland Aviation Museum in Oakland, CA and is scheduled for restoration in the near future. This aircraft was originally supposed to be restored and cast for a role in the new Amelia Earhart movie but a deal could not be made with producers and a Lockheed 12 was used instead. N38BB was formerly N38PB operated by Provincetown-Boston Airlines. 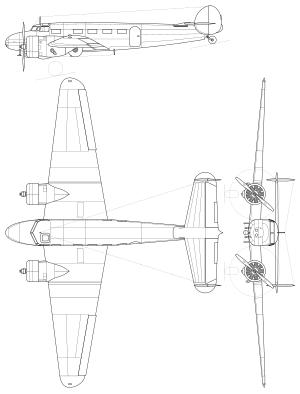