General Lionel Charles Dunsterville CB, CSI (9 November 1865 – 1946) was a British general, who led the so-called Dunsterforce across present-day Iraq and Iran towards Caucasus and oil-rich Baku.

Lionel Charles Dunsterville went to school with Rudyard Kipling at The United Services College, a secondary school which aimed to prepare British young men for careers in Her Majesty's Army. He served as the inspiration for the character "Stalky" in Kipling's novel Stalky & Co.

He was commissioned into the British Army infantry in 1884. Later he transferred to the colonial Indian Army and served on the North-West Frontier, in Waziristan and in China.

In the First World War he initially held a posting in India. At the end of 1917 the Army appointed Dunsterville to lead an Allied force of under 1,000 Australian, British, Canadian and New Zealand elite troops, drawn from the Mesopotamian and Western Fronts, accompanied by armoured cars, from Hamadan some 350 km across Qajar Persia. His mission was to gather information, train and command local forces, and prevent the spread of German propaganda.[1] On his way to Enzeli he also fought Mirza Kuchik Khan and his Jangali forces in Manjil.

Dunsterville was subsequently assigned to occupy the key oil-field and port of Baku, held by the Centro Caspian Dictatorship. However, the British and their allies had to abandon Baku on 14 September 1918 in the face of an onslaught by 14,000 Turkish troops, who took the city the next day. The Allies regained Baku within two months as a result of the Turkish armistice of 30 October 1918. 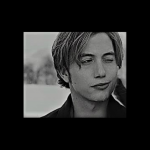