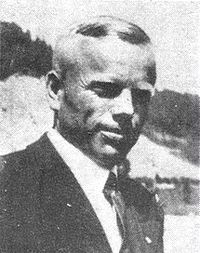 He was finally arrested in 1940 and imprisoned in the German concentration camp Auschwitz, He was later transported to a prison in Katowice, where he was tortured and murdered.