Military Wiki
Register
Don't have an account?
Sign In
Advertisement
in: Pages with broken file links, Articles incorporating text from Wikipedia, Organizations established in 1829,
and 4 more

Her Majesty's Coastguard (HMCG) is a uniformed service of the Government of the United Kingdom concerned with co-ordination of air-sea rescue. Although sometimes considered to be, it does not officially form part of the British Armed Forces as its mission is search and rescue, as opposed to military coastal defence which is undertaken by the Royal Navy. HM Coastguard is a section of the Maritime and Coastguard Agency responsible for the initiation and co-ordination of all civilian maritime Search and Rescue (SAR) within the UK Maritime Search and Rescue Region. This includes the mobilisation, organisation and tasking of adequate resources to respond to persons either in distress at sea, or to persons at risk of injury or death on the cliffs or shoreline of the United Kingdom. The chief executive of the Maritime and Coastguard Agency is Sir Alan Massey. Operational control of the service is the responsibility of the Chief Coastguard.

In 1809 the Preventative Water Guard was established and can be regarded as the immediate ancestor of HM Coastguard. Its primary objective was to prevent smuggling, but it was also responsible for giving assistance to shipwrecks. Each Water Guard station was issued with Manby's Mortar which was invented by Captain George William Manby. The mortar fired a shot with a line attached from the shore to the wrecked ship and was used for many years.

In 1821 a committee of enquiry recommended that responsibility for the Preventative Water Guard be transferred to the Board of Customs. The Treasury agreed and in a Minute dated 15 January 1822, directed that the preventative services, which consisted of the Preventative Water Guard, cruisers, and Riding Officers should be placed under the authority of the Board of Customs and in future should be named the Coast Guard.

In 1829 the first Coast Guard instructions were published and dealt with discipline and directions for carrying out preventative duties. They also stipulated that when a wreck took place, the Coast Guard was responsible for taking all possible action to save lives, to take charge of the vessel and to protect property.[1] Efficiency drives in the 1990s made Her Majesty's Coastguard a government executive agency, then in 1998 the Marine Safety Agency and the Coastguard Agency were joined to become the Maritime and Coastguard Agency (MCA).

The Coastguard has a museum at Sewerby Hall near Bridlington to commemorate the 200 year history of the agency. HRH The Prince of Wales is an honorary Commodore of HM Coastguard.

NB: Assistant District Officers are all full-time, but some work as Coastguard 'Watch Managers', whilst others supervise the volunteer coast rescue service as 'Sector Managers'.

The Maritime and Coastguard Agency (MCA) is an executive agency responsible throughout the UK for implementing the Government’s maritime safety policy. That includes co-ordinating search and rescue at sea through Her Majesty’s Coastguard, checking that ships meet UK and international safety rules and preventing coastal pollution.

Typical emergencies to which the Coastguard is summoned include:

Ships in distress or the public reporting an accident should make a Mayday call on MF radio, marine VHF radio channel 16, or by dialling 999 or 112 on a telephone. The Coastguard continuously monitors all the maritime distress frequencies (including the international VHF distress frequency 156.8 MHz) and has access to Satellite based monitoring systems. The Coastguard then co-ordinates the emergency response. This normally involves requesting the launch of a local RNLI lifeboat (the RNLI being an independent organization), launching an independent lifeboat, deploying a local Coastguard unit, or a search and rescue helicopter. On occasions, the Coastguard has called on warships of the Royal Navy to assist with incidents. Depending on the circumstances of each incident, the Coastguard may also arrange for other emergency services to be deployed to the incident or to meet other units returning from the incident, for example in the case of a medical emergency. A full list of 'Declared Assets' is below:

Declared Assets are Facilities that have given a declaration to the Coastguard of a certain level of availability or training. Other assets that may be tasked to assist with any incident include; Mountain Rescue, Military Police, The Fire and Rescue Service and Volunteer Lifeguards. In addition, various 'Memorandums of Understanding' exist between the Coastguard and other Emergency Services to establish priority when working in each other's areas. For example, police officers needing to carry out a search of the shoreline.

When HM Coastguard receive a distress call by a 999 or 112 phone call or by radio at the Maritime Rescue Coordination Centre the Coastguard Watch Officer will use their training to question the caller to determine the location. The Coastguard Watch Officer will be able to confirm the location given by the caller as the equipment in the Operations room will display where it has come from. The use of the equipment is very important as when people are in a distress situation it is easy for them to make mistakes as they may be frightened, anxious and/or uncertain.

The Coastguard Watch Officer who takes the call may keep talking to the caller, while another Coastguard Watch Officer can be passing information to the chosen rescue resources. These assets will depend on the situation but could be one of the 365 Coastguard Rescue Teams (CRT) around the UK coast made up of 3,500 Coastguard Rescue Officers, or Lifeboats or SAR Helicopters. The MRCC will call out and send the rescue units (Coastguard CRTs, Lifeboats and Helicopters) according to the nature and severity of the incident. The MRCC will then coordinate the SAR operation using the Coastguard Rescue Teams, lifeboats and helicopters, who carry out the physical rescues. Coastguard Rescue Teams have an Officer in Charge who is responsible for the action of that team or unit. If the caller is, for example, stuck in mud, the CRTs Officer in Charge (OIC) will coordinate which of the team goes onto the mud to carry out the rescue. If it is someone stuck on a cliff the OIC will coordinate who is lowered over the cliff. All this is done while keeping the MRCC updated of their actions, and possibly being supported by lifeboats or a rescue helicopter. Each rescue resource is able to relay information about any casualty to each other and to the MRCC who is in overall control. The Coxswain of the Lifeboats and the Helicopter Pilot would be in command of that rescue asset, while being coordinated by the MRCC.

The rescue resources work together with the MRCC as the coordinating authority to carry out SAR response. Once the person(s) in danger are rescued the person is then given the assistance they need and then transferred to a place of safety.[2]

HM Coastguard operates out of bases or Maritime Rescue Co-ordination Centres which are divided into three group areas:[3]

Wales and West of England Region

Until 2001 stations were also operated in Tynemouth, Oban and Pentland.

The Coastguard Rescue Service is made up of 352 teams located near the coast in stations around the UK. The teams are made up of Coastguard Rescue Officers (CROs) who are volunteers trained to carry out rescues and provide assistance to those in distress on the UK’s coastline. There are approximately 3500 CROs and they carry out rope rescue, mud rescue, water rescue and search duties in all weathers and at all times. The teams are paged by the Maritime Rescue Coordination Centres (MRCC) and respond to emergencies. They also assist other authorities such as the Police, Fire and Ambulance with their specialist expertise. The Coastguard Rescue Teams (CRT) will also provide safety advice to those they rescue and members of the public.

After recovering any casualty the CRTs will provide the assistance needed then will transfer them to a place of safety. The teams will also provide support to the lifeboats and SAR helicopters per tasking by the MRCCs.

The Coastguard Rescue teams carry out searches of the shoreline in their patch which, depending on the team's location could be urban or remote cliff. The searches could be for vessels, wreckage, people who have abandoned ship, or missing persons.

Due to the nature of the work carried out by CROs they are trained to be safe when in or near the water. They are trained to be able to carry out rescues in extremely rough conditions and the team will work together to recover the casualty from danger while ensuring that each team member is safe.

The training the CRT have will depend on the location of the CRT. All teams are trained in search methods and water rescue.

Mud rescue is described as the most physically demanding type of rescue there is. (hero squad) Mud rescue technicians will walk on the mud using equipment which will prevent them getting stuck and recover casualties. In most cases these are people who have become too tired to continue walking on the mud while taking a shortcut. For people who are stuck in the mud the CRTs have rescue equipment that will release them.

Rope rescue methods are to recover casualties who have fallen or are stuck on cliffs. The teams work together to lower a cliff rescue technician who will assess the casualty provide first aid treatment if necessary and then recover the casualty to the top of the cliff.[2] 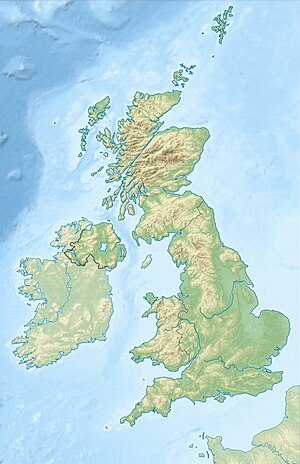