Military Wiki
Register
Don't have an account?
Sign In
Advertisement
in: Articles incorporating text from Wikipedia, 1699 births, 1771 deaths,
and 7 more 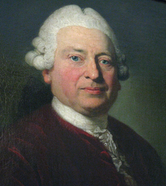 Von Flemming was born on 3 March 1699 in Iven, a town in Swedish Pomerania, then part of the Holy Roman Empire.[1] His family was a renowned magnate family from Pomerania, with long traditions of military service. His father was a Prussian privy councillor, Count Felix Friedrich von Flemming (1661-1739). Flemming started his military career in the service of Augustus II the Strong and the Crown of Poland, just as his brother Carl Georg Friedrich von Flemming, a later general himself, who married a Countess Lubomirska. Since 1724 he commanded the Warsaw-based Queen's Own Regiment. A political ally of the Czartoryski family at the royal court, he married twice, to the two daughters of Royal Chancellor Michał Fryderyk Czartoryski(the second wife being Antonina Czartoryska). His daughter, Izabela Fleming, married another renowned politician and statesman Adam Kazimierz Czartoryski.

His alliance with the Czartoryskis sped up his career. In 1738 he was promoted to the rank of General in the artillery and on 3 August 1744 he received the Order of the White Eagle. In 1762 he backed the Czartoryskis in their struggle against the Prime Minister Heinrich von Brühl. He also actively opposed the influence of another magnate family, the Radziwiłłs. He died on 10 December 1771 in Warsaw, Poland, and was buried in the Holy Cross Church in Warsaw.