The Defense Support Program (DSP) is a program of the U.S. Air Force that operates the reconnaissance satellites which form the principal component of the Satellite Early Warning System currently used by the United States.

DSP satellites, which are operated by the Air Force Space Command, detect missile or spacecraft launches and nuclear explosions using sensors that detect the infrared emissions from these intense sources of heat. During Desert Storm, for example, DSP was able to detect the launches of Iraqi Scud missiles and provide timely warnings to civilians and military forces in Israel and Saudi Arabia.[1]

The satellites are in geostationary orbits, and are equipped with infrared sensors operating through a wide-angle Schmidt camera. The entire satellite spins so that the linear sensor array in the focal plane scans over the earth six times every minute.[2]

The last one (flight 23) was launched in 2007 aboard the first operational flight of the Delta IV Heavy rocket, as the Titan IV had been retired in 2005. All 23 satellites were built by prime contractor Northrop Grumman Aerospace Systems, formerly TRW, in Redondo Beach, CA.

The 460th Space Wing, with headquarters at Buckley Air Force Base, Colo., has units that operate DSP satellites and report warning information, via communications links, to the NORAD and USSTRATCOM early warning centers within Cheyenne Mountain, Colorado. These centers immediately forward data to various agencies and areas of operations around the world.

Air Force Space Command's SBIRS Wing at the Space and Missile Systems Center, Los Angeles AFB, California is responsible for development and acquisition of the satellites.[3]

The Defense Support Program replaced the 1960s space-based infrared Missile Defense Alarm System (MiDAS). The first successful launch of MiDAS was May 24, 1960 and there were twelve launches before the DSP program replaced it in 1966.

The first launch of a DSP satellite was on 6 November 1970 and since then it has become the mainstay of the United States ballistic missile early warning system. For the last 40 years they have provided an uninterrupted space-based early warning capability. The original DSP satellite weighed 2,000 pounds (900 kg) and had 400 watts of power, 2,000 detectors and a design life of 1.25 years.

Throughout the life of the program, the satellite design has undergone numerous improvements to enhance reliability and capability. The weight grew to 5,250 pounds (2,380 kg), the power to 1,275 watts, the number of detectors increased threefold to 6,000 and the design life has been increased to a goal of five years.

The 23rd, and last DSP satellite was scheduled to be launched on April 1, 2007, aboard a Delta IV Heavy rocket, but the launch was postponed until mid-August 2007 after two structural cracks were found in the metal launch table at pad 37B, caused by a fuel leak during testing.

Further delays forced the launch back to November 11, 2007, when the satellite launched at 01:50:00 GMT (20:50 EST on 10 November). This satellite died in space sometime during 2008, for reasons unknown. It is now adrift in geosynchronous orbit and remains a potential hazard to other craft. The Department Of Defense sent a MiTEx spacecraft to inspect DSP 23 sometime in 2008.[4]

Another DSP satellite was lost in 1999, after its Inertial Upper Stage failed following launch from a Titan 4 booster.[5]

DSP satellites will be replaced by the Space-Based Infrared System (SBIRS) satellites. The project was originally to have had a life of 25 satellites, but the last two have been canceled, mainly due to SBIRS.

There were five major improvement programs prior to the current block:

More recently, there has been some effort put into using DSPs' infrared sensors as part of an early warning system for natural disasters like volcanic eruptions and forest fires.

The DSP constellation may have offered an excellent vantage point for an early warning system against state-centric threats such as missiles, but military analysts warn its ability to collect intelligence on non-state actors is severely limited.[6] 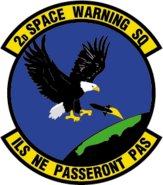 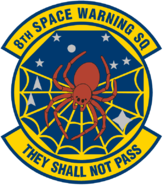 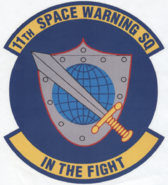 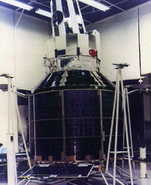 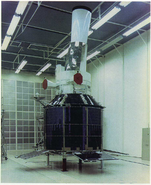 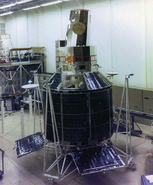 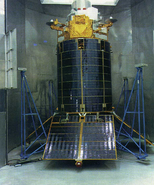 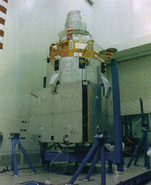