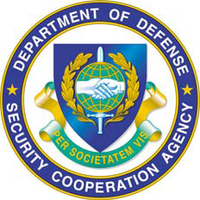 Security Cooperation (SC) is founded on a tradition of cooperation between the United States and other sovereign nations with similar values and interests in order to meet common defense goals. It consists of a group of programs authorized by the U.S. Foreign Assistance Act of 1961, as amended, and the Arms Export Control Act, as amended, and related statutes by which the DoD or commercial contractor provide defense articles and services in furtherance of national policies and objectives.

Foreign military sales (FMS) and International Military Education and Training (IMET) are two key programs included within Security Cooperation. IMET is conducted solely on a grant basis. FMS can be conducted through direct payments of foreign states or United States Foreign Military Financing (FMF). Foreign Military Sales division is the core activity of DSCA, and yearly sales are between US$30 and US$40 billion.[1] FMS is a U.S. government to foreign government agreement, and DSCA acts as agent for procurement mostly for American defence company and aerospace companies or for DoD stocks. FMS is managed and operated by DoD on a no-profit and no-loss basis. Countries participating in the program pay for defense articles and services at prices which recoup costs incurred by the United States. This includes a fee ($15,000, or 3.8% of item and service cost, whichever is greater) to cover the cost of administering the program[citation needed]. When defense articles or services are required, the requesting country's representative in the defense establishment of the country or stationed at the embassy in the U.S. provides a letter of request (LOR) to the representative's U.S. counterpart. The U.S. counterpart forwards an information copy of the request to the Department of State (DoS) Bureau of Politico-Military Affairs and the Defense Security Cooperation Agency (DSCA). The original is furnished to the DoD Military Department (MILDEP – Army, Navy, or Air Force) or Defense Agency which will prepare the response. The response may be in the form of Price and Availability (P&A) information or a letter of Offer and Acceptance (LOA). Due to a shorter preparation and staffing cycle, P&A is normally used only for preliminary planning purposes. The LOA is a formal offer which, when accepted, forms the basis for the U.S. to provide the materiel and services offered.

Letter of Offer and Acceptance (LOA)

Defense articles, including major defense systems, subsystems, support equipment, repair parts, and publications are provided under Security Cooperation. Services, including training in U.S. military schools or through mobile training teams, construction, engineering, contract administration, program management, technical support, and repair are also provided. Due to interest in encouraging standardization and interoperability among U.S. and SC countries, FMS normally involves the transfer of those items which have been fielded with U.S. forces. While available through FMS, nonstandard articles or services are normally acquired commercially. Under certain conditions, cooperative programs such as coproduction and co-assembly under international agreements, technical assistance services, technical data, and leases of defense items are available.

DSCA has five regional centers. They are:

Gregg Bergersen was a Chinese spy that worked for the DSCA.