The Croatian Navy (Croatian: Hrvatska ratna mornarica) is a branch of the Croatian Armed Forces.

The contemporary origins of the navy are in the Austro-Hungarian Navy, as well as the navy of Yugoslavia, whose 35 ships and various depots were seized during the war.

The following commands were created to carry out the mission of the Croatian Navy:[2]

Coastal and other equipment

Two former Helsinki class missile boats, FNS Oulu and FNS Kotka, were acquired from Finland. They were renamed Vukovar and Dubrovnik respectively, and entered service in December, 2008. They were acquired along with a considerable amount of spare parts (most notably three MTU engines - to be installed on Kralj class vessels) due to a severe shortage of vessels at present. The price of these ships was €9 million and is considered rather symbolic, mostly because it was a part of the offset deal for the previous Croatian acquisition of Patria AMV armoured vehicles. The ships reached their full operational capability in June, 2009 and are set to remain in service until at least 2022. They may undergo an anti-aircraft systems' upgrade.

The Končar class missile boat Šibenik has been overhauled with new turbine engines and radars and is due to remain in service until 2018-2020. The Kralj class vessels were planned to be extensively modernized at a price of €20 million, but as a result of the recent acquisition of Helsinki class boats, they will probably undergo just an overhaul and an engine replacement, believed to be worth around €5 million per each ship.

Four patrol boats currently in service have been upgraded with new radar and the stern anti-aircraft gun has been replaced with a hoist for a semi-rigid inflatable. These are to be augmented and eventually replaced by an entirely new class. Construction of the first out of the projected 5 vessels (more to follow later on) was scheduled to start in 2007, however the international tender for the construction of 1 + 4 vessels was published only on April 24, 2013. The tender calls for the acquisition of a total of 5 inshore patrol ship which are to be 42 meters long, with a displacement of roughly 220 tons and a maximum sustained speed of at least 28 knots. They are to be armed with a 30 mm Remote weapon station as their main armament along with two 12,7 mm heavy machine guns and a MANPADS launcher. The tender is to be finalized by late May 2013 and the construction of the first ship is to start in the last quarter of the same year. As projected, the first vessel is to enter service in early 2015, the second one in 2016, the third and the fourth in 2017 and the last one in 2018. Units are projected to cost around 10 million euros respectively.[3]

Previously reported plans for the purchase of 2-4 offshore patrol vessels / surface combatants have been delayed for the time being but as stated by the MoD, the Navy is to continue developing its anti-surface and anti-shipping capabilities. 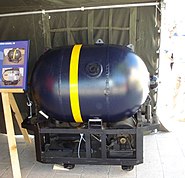