Coats of arms of U.S. Artillery regiments are heraldic emblems associated with field artillery, air defense artillery, and coast artillery regiments in the US Army. Under Army Regulation 840-10, each regiment and separate table of organization and equipment (TOE) battalion of the US Army is authorized a coat of arms to be displayed on the organization's flag, called the "colors."[1] This coat of arms usually forms the basis for the unit's distinctive unit insignia (DUI), the emblem worn by all members of the unit on their service uniforms.[2]

The coats of arms for artillery units normally incorporate the color red, which has been the traditional color of the Artillery Branch in the US Army since the formation of the Corps of Artillery in 1777.[3] Below are galleries of the coats of arms of U.S. Army Artillery units. The official mottoes (as awarded by The Institute of Heraldry of the U.S. Army) and/or special designationss (as awarded by the United States Army Center of Military History) of the units are also noted. In 1917 the numbers from 1 through 100 were reserved for the Regular Army, from 101 through 300 for the National Guard, and 301 and above for the National Army. Under this system the 1st through 21st and 76th through 83d were organized in the Regular Army; the 101st through 151st, in the National Guard; and the 301st through 351st, plus the 25th through 75th and the 84th and 85th, in the National Army. It should also be noted that several numbers in national guard units have been "reused" so that its possible to have two units with same number, but at different time periods.[citation needed]

1st Field Artillery
"Primus Ut Nullus" (First or Not at All)

13th Field Artillery
"Without Fear, Favor or the Hope of Reward"

17th Field Artillery
"In Time of Peace Prepare for War" 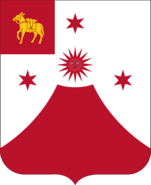 31st Field Artillery
"In Periculo, Nos Jubete" (When in Danger, Command Us)

37th Field Artillery
"On the Minute"

40th Field Artillery
"All for One"

78th Field Artillery
"Semel et Simul" (At Once and Together)

82nd Field Artillery
"Can And Will"

84th Field Artillery
"Performance Above All"

112th Field Artillery
"A Outrance" (To The Utmost)

115th Field Artillery
"Ever on Call"

116th Field Artillery
"Vestigia Nulla Retrosum" (There Is No Going Back) 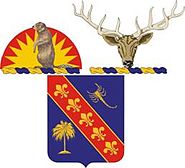 202nd Field Artillery
"Despejar Via" (To Clear The Way)

321st Field Artillery
"Noli Me Tangere" (Don’t Tread On Me)