View source
For the civil use of the facility since 2004, see Cam Ranh International Airport.

Cam Ranh Naval Base is located on Cam Ranh Bay in the province of Khanh Hoa, Vietnam. It was one of several South Vietnamese Air Force (VNAF) air bases built and used by the United States Air Force (USAF) during the Vietnam War. Between 1979 and 2002, the facility was used by the Soviet/Russian Navy. At the end of 2013, Russia resumed the use of the base by its Navy[1] and in 2014 by its Air Force.[2]

On May 19, 2004, after major reconstruction, Cam Ranh Airport received its first commercial flight. As Vietnam considers the facility to be important to its defense, a small garrison of troops are stationed there.

US military use of Cam Ranh AB

The airfield at Cam Ranh Bay was built by the U.S. Navy Civil Engineer Corps along with civilian contractors beginning in 1965. It was turned over to the USAF Pacific Air Forces on November 8.

Cam Ranh Air Base was a part of the large Cam Ranh Bay logistics facility built by the United States. It was the major military seaport used by the United States for the offloading of supplies, military equipment and as a major Naval base. Army, Navy, Marine Corps and Air Force units all had compounds and units assigned to the Cam Ranh Bay facility from its opening in 1965 until its closure in 1972 as part of the drawdown of United States military forces in South Vietnam.

Cam Ranh Air Base served as a United States Air Force tactical fighter base, the first in South Vietnam to base the F-4C Phantom II tactical fighter-bomber. The air base also was used as a strategic and tactical airlift facility. Cargo and personnel would arrive from the United States into the logistics facilities at Cam Ranh Bay by ship and also by large Military Air Transport Service/Military Airlift Command airlifters, and then be transferred to tactical airlift for movement within South Vietnam by the 483d Tactical Airlift Wing, using C-7 Caribou and C-130 Hercules transports. Outgoing cargo and personnel would also be processed though the large aerial port facility.

The first USAF unit to be stationed at Cam Ranh AB was the 12th Tactical Fighter Wing, which was assigned on 8 November 1965, being deployed from MacDill Air Force Base, Florida. The 12th TFW was the first permanently assigned F-4C Phantom II wing assigned to Southeast Asia. In time, the F-4C took over the bulk of the heavy tactical bombing over both North and South Vietnam. Operational squadrons of the wing at Cam Ranh were:

From Cam Ranh AB the wing carried out close air support, interdiction, and combat air patrol activities over both Vietnam and Laos. Following the capture of the USS Pueblo, the 558th TFS was sent on temporary duty to augment the 475th TFW in South Korea. When that later became a permanent assignment, the 558th and 391st traded designations.

In March 1970, as part of the Vietnamization process and phase out of the F-4C, the aircraft and personnel of the 12th were dispersed, and fighter operations at Cam Ranh Bay AB were halted, the F-4Cs were transferred back to the United States and assigned to the Air National Guard.

With the transfer of jurisdiction of Cam Ranh AB to the 483d Tactical Airlift Wing, the 12th TFW was reassigned to Phù Cát Air Base where it replaced the 37th TFW in a name-only change.

Because of its close proximity to Cam Ranh Bay, Cam Ranh Airfield became an important part of the airlift system operated by 315th and 834th Air Divisions. In early 1966 C-130s from 315th Air Division squadrons based in Japan and Okinawa began "shuttle" missions out of the airfield. C-130s from Tan Son Nhut Air Base and Nha Trang Air Base made pickups at Cam Ranh, as did C-123s. In October 1966 the 483rd Troop Carrier Wing activated at Cam Ranh under the recently activated 834th Air Division to command the former Army CV-2 Caribous which were transferring to the Air Force. 834th Air Division's 2nd Aerial Port Group included the 14th Aerial Port Squadron which operated the aerial port facilities on the airfield. In 1966 a new ramp was constructed on the west side of the airfield to handle airlift operations. Cam Ranh remained as the Air Force's primary airlift base in South Vietnam until it closed. Cam Ranh-based C-130s were involved in the resupply of Khe Sanh, airdrops into A Luoi Airfield in the A Shau Valley, the evacuation of Kham Duc and countless other combat airlift operations.

The PACAF 483d Tactical Airlift Wing was activated at Cam Ranh on October 15, 1966 under the 834th Air Division based at Tan Son Nhut AB. The mission of the wing was to manage tactical airlift operations, using air transport to haul cargo and troops, which were air-landed or air-dropped, as combat needs dictated to U.S. Army and allied ground forces throughout South Vietnam. Specifically, the 483d was assigned ex-Army CV-2B "Caribou" light transports. Upon transfer to the USAF, the aircraft was redesignated as a C-7A.

Squadrons assigned to the 483d TAW were:

The unique capabilities of the C-7 for short landing and takeoff made Caribou transports absolutely vital to the war effort. On many occasions the C-7s flew emergency airlift missions to airstrips and combat areas that no other aircraft could reach. Most notable were those in support of special forces camps in the Central Highlands.

In June 1968 the wing flew a record 2,420 combat troops in three days between Dak Pek, Ben Het and Đắk Tô. In August 1968 pinpoint night airdrops were accomplished at Duc Lap, Ha Thanh and Tonle Cham Special Forces camps. Ammunition and medical supplies were parachuted into 75-foot (23 m)-square drop zones while the camps were under attack. In June 1969 during the siege of Ben Het more than 200 tons of ammunition, POL, rations, water and medical supplies were airdropped into a 100 x 200-foot (61 m) zone with every load on target and 100 per cent recovered. In April 1970, the 483rd helped break the siege of Dak Seang. The wing flew 100 air-drop sorties under heavy hostile fire in ten days delivering some 400,000 pounds of vital supplies.

During their five years' flying for the 483rd, the C-7 Caribous carried more than 4.7 million passengers, averaging more than one million a year during 1967-69. At the same time the wing averaged more than 100,000 tons of cargo each year.

With the inactivation of the 12th Tactical Fighter wing, the 483d became the host wing at Cam Ranh Bay on March 31, 1970. On December 1, 1971, the wing was reassigned from the 834th Air Division directly to Headquarters, Seventh Air Force at Tan Son Nhut AB. It gained a tactical electronic warfare mission in mid-1971 and a special operations mission in the autumn of 1971. These squadrons were:

USAF withdrawal and South Vietnamese use of Cam Ranh Air Base

Beginning on January 1, 1972, the 483d Tactical Airlift Wing phased down its activities, and active flying ended by March 31.[4] The unit was inactivated and Cam Ranh Air Base was turned over to the South Vietnamese government on May 15, 1972, ending USAF use of the facility.[5][6]

After the turnover to the VNAF the base was largely abandoned. It was, quite simply, much too big for the Vietnamese to use. The base was slowly looted for its usable equipment, such as air conditioners, desks, refrigerators, and other furniture along with windows, doors and corrugated tin roofs from the buildings left by the Americans, leaving what could be categorized as a deteriorating ghost town of abandoned buildings.[7][8]

The VNAF used the airfield at Cam Ranh Bay as a storage facility for many of their propeller-driven aircraft (A-1E, T-28) while their replacement jet F-5s and A-37s were used in operations against the North Vietnamese army from other, smaller bases.[9]

On April 3, 1975 North Vietnamese forces captured Cam Ranh Bay and all of its remaining facilities.

Soviet and Russian use of Cam Ranh facilities

The Russian government continued the earlier Soviet arrangement in a 1993 agreement that allowed for the continued use of the base for signal intelligence, primarily on Chinese communications in the South China Sea. By this time, Russian aircraft had been withdrawn, with only support personnel for the listening station remaining.

In 2001, the Russian government informed Vietnam that it would be withdrawing from Cam Ranh Bay completely. Russian personnel left the facility entirely in 2002.

On 25 November 2014, an agreement was signed during a visit to Sochi by Nguyen Phu Trong, that established standards of use of Russian warships in the port of Cam Ranh simplified procedure:[10] Russian ships would only have to give prior notice to the Vietnamese authorities before calling on Cam Ranh Bay, while other foreign navies would be limited to only one annual ship visit to Vietnamese ports.[11] 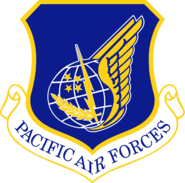 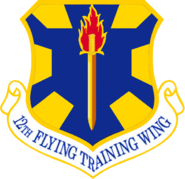