View source
watch 01:25
Jurassic World: Dominion Dominates Fandom Wikis - The Loop
Do you like this video?
Play Sound
For other uses, see Battle of Kolberg (disambiguation). 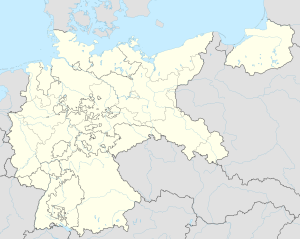 Berlin
Location of the Battle of Kolberg

The Battle of Kolberg or Battle of Kołobrzeg (also, battle for Festung Kolberg) was the taking of the city of Kołobrzeg, then the city of Kolberg in German Pomerania by the Soviet Army and its Polish allies from Nazi German forces during the World War II East Pomeranian Offensive. Between March 4 and March 18, 1945, there was major urban fighting of the Soviet and Polish forces against the German army for the control over the city. The Germans succeeded in evacuating much of their military personnel and refugees from the city via sea before it was taken by the Poles on March 18.

In November 1944 Kolberg, a large Baltic seaport in the Province of Pomerania, was designated a stronghold as Festung Kolberg. It was one of the key German positions in the Pomeranian Wall, a vital link between Pomerania and Prussia. The German High Command planned to use the seaport to supply nearby German forces, and hoped that the stronghold would draw off Soviet forces from the main thrust towards Berlin.

The Soviet East Pomeranian Offensive, commencing on February 24, 1945 managed to cut off and surround the city and its defenders (mostly from the German Army Group Vistula). The first commander of Festung Kolberg was an elderly officer, General Paul Hermann, but due to illness he was transferred in February to a less demanding post. The command was taken by Colonel Gerhard Troschel. After March 1 the city was under the command of a former Afrika Korps officer, Colonel Fritz Fullriede.

The German defence forces represented various formations from the Army Group 'Vistula,' some tasked with defending the fortress, others simply cut off in the Kolberg pocket. The most notable units included elements of the Third Panzer Army; the 33rd Waffen Grenadier Division of the SS Charlemagne (1st French) and the 15th Waffen Grenadier Division of the SS (1st Latvian). Estimates of the German defenders — including local militia and volunteers (Volkssturm) — range from 8,000 to 15,000, supported by some artillery (about 60 pieces), an armored train and about 18 tanks and a dozen support vehicles of various types. The German units also received some air and sea support (including artillery fire from pocket battleships Lützow and Admiral Scheer).

The first attack was led on March 4 by the Soviet units of the 1st Belorussian Front and 2nd Belorussian Front; with first Soviet units entering the city around 0800, but was repulsed. On the same day, the nearby city of Köslin (now Koszalin) fell and Soviets started to gather reinforcements to take Kolberg.

On March 6 the Soviet High Command decided to turn the siege of the city from the Soviet forces to its Polish allies. By March 8 the Soviets received reinforcements in the form of the units from the Polish People's Army, the Polish First Army under Stanislav Poplavsky: the 6th, the 3rd Polish Infantry Division and support units. The Polish First Army was now tasked with taking the city; however their first attack was also repulsed. The German forces held stubbornly to the city, protecting the ongoing evacuation. Due to a lack of anti-tank weapons, German battleships used their guns to support the defenders of Kolberg.

On March 12 a new assault was launched, with heavy tanks, additional artillery units and the 4th Polish Infantry Division. The attack advanced but at the cost of very heavy casualties, and was broken off on March 14. The Germans refused a proposal to surrender.

On March 15 the fighting resumed and the Germans received reinforcements from Swinemünde (now Świnoujście) — the Kell battalions. However, they failed to stop the Polish forces, which took the barracks, part of the railway station and the Salt Island.

By March 16 the Germans pulled back most of their forces and concentrated on the defense of the port. The destruction of the collegiate church in Kolberg after heavy artillery shelling by katyushas allowed the Polish troops to breach the inner city. Polish forces assaulted the railway station (defended by a German armored train Panzerzug 72A, which was destroyed March 16), pharmaceutics factory and the horse riding arena.

On March 17 the Germans abandoned most of the defensive lines, leaving only a small amount of the troops to cover their retreat, and started to evacuate their main body of forces from the city. Polish forces took the railway station and reached the port, but most of the German troops managed to evacuate to Swinemünde. The last German stronghold was in the fort built near today's lighthouse.

Over 80% of the city was destroyed in the heavy fighting. The battle was among the most intense city fights the Polish army took part in. Polish casualties were 1,206 dead and missing and 3,000 wounded.

On March 18, on the day the city fell, the Polish People's Army re-enacted Poland's Wedding to the Sea ceremony, which had been celebrated for the first time in 1920 by General Józef Haller (there was also a lesser known ceremony on March 17).[1]

With the Soviet forces approaching in 1945, valuable equipment, most of the inhabitants, and tens of thousands of refugees from surrounding areas (about 70,000), as well as 40,000 German soldiers were evacuated from the besieged city by German naval forces in Operation Hannibal. Only about 2,000 soldiers were left on March 17 to cover the last sea transports.