National Guard units can be mobilized at any time by presidential order to supplement regular armed forces, and upon declaration of a state of emergency by the governor of the state in which they serve. Unlike Army Reserve members, National Guard members cannot be mobilized individually (except through voluntary transfers and Temporary DutY Assignments TDY), but only as part of their respective units. However, there have been several individual activations to support military operations since 2001.

When National Guard troops are called to federal service, the President serves as Commander-In-Chief. The federal mission assigned to the National Guard is: "To provide properly trained and equipped units for prompt mobilization for war, National emergency or as otherwise needed." For much of the final decades of the 20th century, National Guard personnel typically served "One weekend a month, two weeks a year", with a portion working for the Guard in a full-time capacity. The current forces formation plans of the US Army call for the typical National Guard unit (or National Guardsman) to serve one year of active duty for every six years of service. More specifically, current Department of Defense policy is that individual Guardsman will be given 24 months between deployments of no more than 12 months each.

The Governor may call individuals or units of the Arkansas National Guard into state service during emergencies or to assist in special situations which lend themselves to use of the National Guard. The state mission assigned to the National Guard is: "To provide trained and disciplined forces for domestic emergencies or as otherwise provided by state law." When not activated for its Federal mission, the Governor through the State Adjutant General commands Guard forces. The Governor can call the Guard into action during local or statewide emergencies, such as storms, drought, and civil disturbances, to name a few.[1]

Upon the request of either the judge or sheriff of a county or the mayor of a city... ...whenever it is made to appear to the Governor that there is a breach of the peace, riot, resistance to process of this State, or disaster or imminent danger thereof... ...the Governor may order into the active service of the state... ...for such period, and to such extent, and in such manner as he may deem necessary, all or any part of the organized militia.[2]

The intent is that the National Guard is called only when civilian resources have been used first and fully exhausted. While in this status, Guard units report only to military authorities, Guard Authorities do not replace Civilian Authorities. The use of the National Guard is intended as a temporary measure to prevent the loss of life or damage to property.

In 2009 the Arkansas National Guard conducted over 101 MSCA missions including:[4]

The types of missions that the Arkansas National GuardcConducted in 2009 included:[4]

Examples of MSCA provided in a Title 32 Status

The National Guard may also respond to Natural Disasters and other Domestic Operations in a Title 32 status. In this situation, the Guard is still under the direct command and control of the Governor, but the Federal Government provides the funding through Title 32 of the United States Code.

When President Bush ordered National Guard Troops to help secure the border with Mexico, the Arkansas National Guard responded with a Joint Task Force of Soldiers and Airmen, operating in Texas, New Mexico and Arizona. At its peak, Arkansas had over 230 Arkansas troops and airmen on orders including:

The Marksmanship Training Center (MTC) programs and provides institutional training within Marksmanship related activities which will enhance effectiveness of unit level training programs in the Army and Air National Guard and missions based on the collective requirements identified by NGB-ART-I (Individual Training Branch), the Army Program for Individual Training (ARPRINT) for the Army National Guard, the United States Army Reserve (USAR), and the Active Component (AC) in support of the Army's Modular Force. Administer NGB Marksmanship training and competitive programs at all levels, stressing the development of combat skills to improve proficiency above basic marksmanship requirements and increase battlefield survivability. Provides training, training support and validation of mission essential task performance for the Army SNIPER training programs. Conduct mobile training team assistance and/or assessment visits to units. The MTC provides coordinating authority, quality assurance (QA), assessment and accreditation oversight for training responsibilities. The MTC provides for the review and development of associated TATS courseware in response to the Army's training needs and the Contemporary Operating Environment (COE). Additionally, the MTC provides operational, training, administrative, logistical, and resource management support as required to accomplish the mission to train the Army Warrior within each respective State and Territory as specified and approved by The Adjutant General (TAG).[7]

The 233rd Regional Training Institute has a long and proud history. It began in 1957 with the first Officer Candidate Class. For the next 39 years the Arkansas Military Academy built a proud heritage in the Arkansas National Guard setting the standard for some of the best officers in the Army. The RTI provides training to Soldiers from all 54 States and Territories.

In 1984, General Herbert Temple had a vision to develop a two week course that would hone and improve the soldier combat skills needed to win on the modern battlefield. For ten years the Battle Skills School trained soldiers from all over the United States on the basic skills of survival and small unit tactics.

The Total Army School System took shape in Arkansas as the 233d Regiment (Regional Training Institute) in October 1994. The 233d RTI was organized from the Arkansas Military Academy and the Battle Skills School combining their respective TDAs.

The Mission of the RTI is to train infantry and artillery, and communications military occupational specialties, as well as non-commissioned officer education, and officer candidate school. The 2333rd operates the second largest infantry school in the Army, only second to Fort Benning.[citation needed] Approximately 1,930 soldiers graduated training at the RTI during Fiscal Year 06.[8]

As of 2009, the Arkansas National Guard Consisted of 10,582 Soldiers and Airmen. 8,750 of these Soldiers and Airmen are considered traditional members, meaning that they are required to drill at least one weekend per month and 2 weeks per year, but often work more. The Arkansas National Guard is supported by 1,836 full-time federal military employees and an additional 545 full-time state civilian employees.

The Arkansas National Guard Youth Challenge program is a 22 week residential program for at risk youth ages 16–19. In 2009 the program graduated 109 cadets. Of that number 71 earned a GED or a high school diploma. Twelve graduates of the program joined the military and six enrolled in college. The Cadets perform community service at numerous events, such as the Arkansas Susan G. Komen Race for the Cure against breast cancer.[9]

Civilian Student Training Program is a state funded program that provides a structured, discipline base and military style, behavior modification environment. the program accepts adjudicated male nonviolent offenders ranging in age from 13–17. The nine week residential multi-phase program stresses value-based learning, physical fitness, academic and life skills education, and community service. The program was proposed by the Arkansas National Guard and established by the state legislature in 1993. All participants are enrolled under court order. The program has graduated over 5,000 since its inception. The academic grade level increased of graduates increases by an average of 2.5 years. Over 25,000 hours of community service has been performed by CSTP graduates.[9]

The Arkansas National Guard traces its roots to the creation of the Territorial Militia in 1804. Interest in the Militia in Arkansas generally waxed and waned throughout the 19th century as various national emergencies arose and passed. Arkansas provided troops for the War with Mexico, the American Civil War, and the Spanish-American War during the 19th century. In each case, in answer to the governor's call, local militia companies would turn out and be formed into regiments or battalions for induction into federal service. The militia was also heavily engaged in the violence that characterized the Reconstruction period following the Civil War.

Interest in the militia or Arkansas State Guard as it was know following reconstruction, ebbed and flowed throughout the 19th century, increasing just before or major conflicts, but diminishing in between. Most militia activity was at the local, county and city level, and was often provided for with private funds. It was only late in the 19th century, in the preparations for the Spanish-American war that the State Guard, as it was known then, truly came into existence as a stable organized force.

Following the Spanish-American war, the Arkansas State Guard, along with the militia forces of all other states, was reorganized as the Arkansas National Guard. With the reorganization came the first nationally directed training and increased funding. During World War I, units were stripped of their state designations and were given federal designations upon mustering into federal service. The National Guard saw a massive expansion and increased funding and training following World War I. A similar increase was seen after World War II. Following World War II, the air component was separated into the Arkansas Air National Guard. Both the air and land components of the Arkansas National Guard supplied forces for the Korean War. In 1967 during a nationwide reorganization of National Guard Units, the Arkansas Army National Guard took on most of its current force structure with one Infantry Brigade, One Field Artillery Brigade, Aviation units, and various Separate Companies under the Troop Command. Arkansas units have served in every major conflict since the Seminole War, with the exception of Vietnam. Arkansas Army and Air units remain fully engaged in the ongoing Global War on Terrorism.

Throughout its service to the nation during times of war, the Arkansas National Guard has continued to perform its role of providing service to the citizens of the state during times of disaster. The Guard has responded to numerous tornadoes, floods and fires, in addition to being called upon to provide security and quell violence in times of civil disturbance. The Guard has also provided support to neighboring states, most notably Louisiana during Hurricanes Katrina, Rita and Ike.

The history of the Arkansas National Guard is divided into the following time periods: 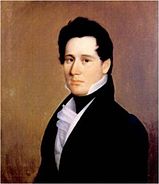 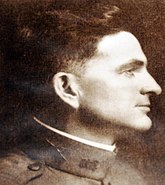 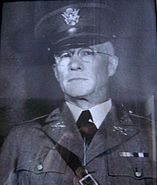 Dougan, Michael B., Confederate Arkansas: The People And Politics Of A Frontier State In Wartime (University, Ala., University of Alabama Press, c1976)

Harrell, John M., The Brooks and Baxter war: a history of the reconstruction period in Arkansas (St. Louis, 1893)

Hill, Jim Dan, The Minute Men in Peace and War: A History of the National Guard (Harrsiburg, 1964)

Houck, Louis, A History of Missouri: From the Earliest Explorations and Settlements Until the Admission of the State into the Union (Chicago, 1908), III

Gammage, Washington Lafayette. The Camp, the Bivouac, and the Battlefield: Being a History of the Fourth Arkansas Regiment, from Its First Organization down to the Present Date. Little Rock: Arkansas Southern Press, 1958. [Originally published 1863.]

Pope, William F., Early Days in Arkansas, Being in Most Part the Personal Recollections of an Old Settler (Little Rock, 1895)

Walthall, Melvin Curtis, We Can’t All Be Heroes: A History of the Separate Infantry Regiments in World War II (Hicksville, NY, 1975)

Collections at the Arkansas Historical Commission

Arkansas., & Arkansas. (1929). The military code of the state of Arkansas: Approved March 4, 1929 together with related organic statutory laws. Little Rock, Ark: Commander-in-chief of the National Guard of Arkansas.

Try to stop us: A history and tribute to the men, past and present, who served in Battery C of the Ozark, Arkansas National Guard, 937th Battalion, 142nd Field Artillery. (2005). S.l: s.n.