Military Wiki
Register
Don't have an account?
Sign In
Advertisement
in: Articles using infobox military person, Articles incorporating text from Wikipedia, Articles that were deleted in Wikipedia,
and 19 more

Allen was born in Washington, D.C. on August 25, 1921, to Allen Sr. and Margaret Burdett. He also had a brother (Lucien). The military ran deep in the blood of his ancestors; they fought in every American conflict since the Revolutionary War. His father, a highly respected military judge, became the Army's senior JAG colonel. As a Boy Scout at Fort Leavenworth, Kansas, Allen began his lifelong friendship with a future USMA classmate, Arch Hamblen. Upon graduation from Western High School in Washington, DC, in 1939, he was appointed to USMA by Senator Richard Russell of Georgia.

On 19 April 1948, Allen married Antoinette Salley in Asheville, North Carolina. Together they had four children (Allen III, Douglas, William, and Margaret). His daughter was killed in a car accident in 1984. His wife died on April 24, 2008.

In 1980 he was inducted into the Army Aviation Hall of Fame in Atlanta, Georgia.

The National Boy Scout Court of Honor awarded him the Silver Beaver, one of scouting's highest awards.

The San Antonio chapter of the American Red Cross honored him by establishing a volunteer award in his name. 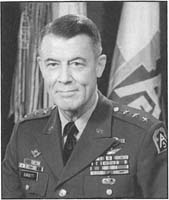 Maj. Burdett while serving as S-3 of the 508th PIR in Korea. 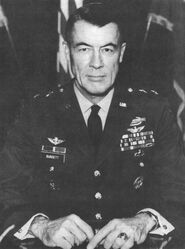 While serving as Commanding General of the Army Aviation Center at Fort Rucker. 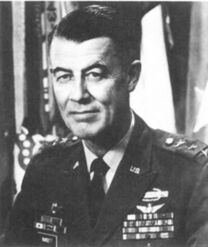 As Commanding General of the Fifth United States Army.