The Aermacchi or Macchi MB-326 is a light military jet aircraft designed in Italy. Originally conceived as a two-seat trainer, there have also been single and two-seat light attack versions produced. It is one of the most commercially successful aircraft of its type, being bought by more than 10 countries and produced under licence in Australia, Brazil and South Africa. It set many category records, including an altitude record of 56,807 ft (17,315 m) on 18 March 1966. More than 600 were built.[1]

In the 1950s, before the advent of the turboprop, many countries operated small jet trainers with a similar performance to their operational aircraft. Some nations started to develop aircraft like the Fouga Magister, the T-37, the Jet Provost, and the Aero L-29. Italy, still recovering from the war years, could not afford the development of a supersonic interceptor or bomber, and developed light fighters and trainers - a lower-cost solution.

The MB-326 was designed by Ermanno Bazzocchi at Macchi. Bazzocchi considered many configurations, the one chosen was a single-engined design. The airframe was a robust and light structure, metallic, simple and cheap; powered by an efficient engine, the Armstrong Siddeley Viper. This engine was designed as a short-life unit originally destined for target drones, but showed itself to be far more reliable. This airframe and engine combination led, in 1953, to the MB-326 project.

The Italian Air Force was quite interested, and so the MB-326 took part in the contest.

The contest specifications were:

There were several modifications to the MB-326 project: the horizontal tail surfaces lost their negative dihedral angle, the airbrakes (two in the wings) became one, in the ventral position. In 1956 the AMI approved the project and requested two prototypes (MM.571 and 572) and one airframe for static tests. No weaponry or pressurization was needed, but Bazzocchi introduced them.

The first prototype made its maiden flight on 10 December 1957,[3] flown by Chief Test Pilot Guido Carestiato, and the second flew the following year.[4] The plane showed very good characteristics, but the modifications affected the weight, which was 400 kg (880 lb) more than the initial estimates. The original Viper 8 engine produced 7.8 kN (1,750 lbf) of thrust, so the Viper 9 was adopted, which had 0.7 kN (147 lbf) more of thrust.

On 15 December 1958, the AMI placed an order for 15 pre-series examples. In 1960, an order for 100 aircraft was placed, establishing Aermacchi's supremacy in jet trainers.

Direct competition came from the Fiat G.80, being more powerful and the first real Italian jet, having flown five years earlier, but it was also heavier, bigger and more expensive. It lost the contest, remaining without a market.

The MB-326 was a low-wing monoplane with an all-metal (light alloy) structure. Powered by a Rolls-Royce Viper non-afterburning turbojet with low air-intakes in the wing roots. Each wing had 22 ribs and two spars. The fuel system had one large tank in the middle-fuselage and two in the wingtips. The aft fuselage was almost entirely dedicated to the engine, from just behind the wings. The cockpit had a tandem configuration, which was chosen to give a better aerodynamic fuselage (slimmer) than the more usual side-by-side arrangement. There was a long, low bubble canopy. The rear of each wing had flaps, and ailerons with a trim surface. Wing fences were added mid-wing to increase the lift characteristics.

The MB-326 was one of the last Italian aircraft to set any records, when Guido Carestiano set the C1D group 1 category altitude record of 15,489 m during August 1961.

In the meanwhile, the first machines, after a very long development, finally arrived at the 214° Group's Lecce-Galatina school; temporarily fielded at Brindisi. The type entered service with 43° Flyer course on 22 March 1962. These machines replaced North American T-6 Texans, and within 130 hours, the pilots were as ready as after having 210 hours training in T-6s. This solution was much costlier, but the enthusiasm was great and, with G-91T advanced trainers, there was an "entirely-jet" training course for AMI pilots, and moreover they were all national aircraft. Differing from G.91s that were never convincing as light fighters, the MB-326s immediately scored several export successes.

Eight MB-326Bs were ordered by Tunisia in 1965. These were developed from basic MB-326s with a weapons capability, with the 37th series AMI aircraft being converted (it had civilian markings I-MAKC). The main innovation was its ground attack capability, with six underwing pylons, holding a maximum of 907 kg of stores. In the same year successes showed the MB-326's performance, and established it as one of the best in its category. Peracchi displayed its agility, while Ralli concentrated on performance; there were already some customers well-satisfied with this machine.[2]

The Royal Australian Air Force (RAAF) used the MB-326H as a jet trainer. A total of 97 were ordered: 12 were delivered by Macchi, 18 assembled from kits in Australia, and another 67 were built by the Commonwealth Aircraft Corporation and Hawker Aircraft with the designation CA-30. They were essentially similar to the MB-326G but with improved avionics. The RAAF's aerobatic team, The Roulettes, flew the MB-326H from December 1970 until 1989. Although widely liked for its excellent handling and well-suited to its task, the service career of the MB-326 was cut short because of structural fatigue problems. The Australian fleet, for example, had a life of type extension program in the 1980s and were then re-winged in the early 1990s after a fatigue-related crash. Even so the MB-326 was supplemented by new Pilatus PC-9 trainers to reduce flying hours, and the last examples had been withdrawn by 2001 when they were replaced by the Hawk 127.[5]

Other MB-326Gs used the Viper Mk 20 engine which provided 1,524 kg of thrust, and were consequently faster and had an increased payload of 1,814 kg max. Argentina ordered eight, initially as the MB-326K, later called the MB-326GB.

Brazil was the main customer for the MB-326, in 1970 ordering two prototypes and 166 MB-326GCs, called the AT-26 Xavante. It was produced under license by Embraer with a further six for Togo and 10 for Paraguay. Another 17 were built in Italy for Zaire (Force Arienne Zairoise) and 23 for the Zambian Air Force.

The MB-326K (originally known as the MB-336) was the last generation model, fitted with the Viper Mk 600 engine, capable of 1,814 kg thrust to give an even better performance. The first flight took place on 22 August 1970. The two prototypes were I-AMKK and I-KMAK, the MB-326G was converted to this new model.

The measures to save costs led the MB-326 to be substituted by propeller-driven models, but the Macchi was flexible enough to act as a medium trainer and light attack aircraft. RAAF pilot training in 1985 consisted of 60 hours pre-selection on CAC Winjeels, 150 hours medium and another 75 hours advanced training on MB-326s, before finally progressing to the Mirage IIIOD.

In Italian service, the MB-326 was replaced by the MB-339 between 1981 and 1984, acting after that as fast linkage aircraft, replacing the old T-33s that were slightly faster. Unusually the MB-326 did not see service with the Frecce Tricolori aerobatic team, who kept their faster G-91R PANs (they were later replaced by MB-339s).

The MB.326 failed to impress other NATO air forces, but it did have some success amongst many Third World countries, being used as a front-line machine in local wars.

The MB-326, like its competitors the Cessna T-37 and the BAC Jet Provost, was designed and ordered in the period when the "all-through" jet trainer was a fashionable concept in many air forces. The idea was to provide a single type that could be used for both elementary and advanced training right through to near combat-ready standard. In practice it was soon discovered that the simplicity and economy of scale of operating just one type for all training purposes was far outweighed by the purchase and operating costs of a large all-jet training fleet. Most operators quickly added a cheaper piston-engined type for basic training, and the MB-326 found its primary role as a lead-in trainer to prepare pilots for transition to very high performance fighter aircraft.

The aircraft was important also for two developments: from the MB.326K the MB.326L was produced, this was the direct ancestor of the Aermacchi MB.339. With license-building in Brazil, the MB.326 opened the field to further collaborations, leading to the AMX. Neither the MB.339 nor the AMX were as successful as the MB.326, but this machine was capable of further steps in technology and commerce.

South Africa obtained a license to produce the MB-326M (similar to the 'G' model), as the Impala Mk I in 1964 with production starting in 1966.[6] It received 40 Italian-built aircraft followed by about 125 built locally by the Atlas Aircraft Corporation,[7] using them both as trainers and in an armed configuration. Seven examples of the MB-326K were also bought as light attack aircraft, with a further 15 assembled from kits,[8] while around 78 were license-produced and known as the Impala Mk II.[2] Licence production of the single seat version began in 1974.[6] The Impala Mk. II, built in South Africa from an Italian design with a British engine and French guns were highly effective, they also had some Electronic Counter Measures to defend themselves. South Africa used its Impalas in combat against the Angolans, the Cubans and several militia movements. They typically flew at 550–650 km/h at a height of 15 m to avoid the risk of being shot down or even sighted by AA defenses. One was shot down by a SA-7, another returned with an unexploded missile (SA-7,8 or 9) in its exhaust.[9]

The aircraft had many advantages over more expensive fast-jets. Although slower, it could operate from primitive, short airfields and strike within minutes. The South African Air Force (SAAF) used up to 6 x 120 kg or 4 x 250 kg bombs. The 50 Magic air-to-air missiles for self-defence.[6] The Impala Mk II operated at extreme ranges and had to fly very low, climbing only when helicopters were seen at medium altitude. After each attack they had to return to low level to avoid interception by MiGs.

The Silver Falcons, the SAAF aerobatic team, were equipped with Impala Mk Is.

The flying school for Impalas was Flying Training School at Langebaanweg while operational squadrons were 4, 5, 6, 7 and 8 Squadrons while 85 Combat Flying School also had a small number of Impalas to supplement their Mirage trainers.[6]

MB-326s, together with more modern MB-339s, formed the equipment of the Argentine Navy's 1 Escuadrilla de Ataque in 1982, when Argentina invaded the Falkland Islands. A number of MB-326s were deployed to bases along the Argentine coast immediately following the Argentine invasion, but soon returned to the squadron's base at Punta Indio. While several MB-339s were deployed to the Falklands, the MB-326s remained on the mainland.[10] After the end of the war, 11 EMB-326GBs were received from Brazil to replace losses and restore 1 Escuadrilla de Ataque' strength.[11]

Democratic Republic of the Congo 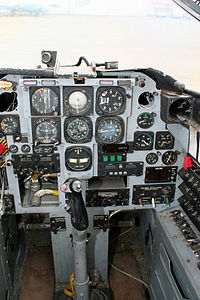 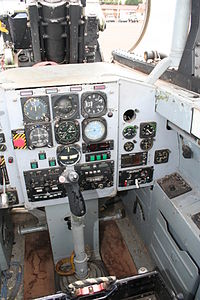