The 9th Tank Division was a formation of the Red Army that saw action briefly in 1941. It was formed in Mary, Turkmenistan, Central Asian Military District in the summer of 1940. In April 1941 the division joined the newly formed 27th Mechanised Corps. However, on 28 June 1941 the division was separated from its parent corps and re-designated the 104th Tank Division (ru:104-я танковая дивизия (СССР)). The 104th Tank Division underwent its own organizational evolution, becoming first the 145th Tank Brigade and later the 43rd Guards Tank Brigade (which was later designated a "heavy tank brigade" in 1945).

Glantz writes in Stumbling Colossus that the 145th Tank Brigade was destroyed at Vyazma in October 1941.[1] 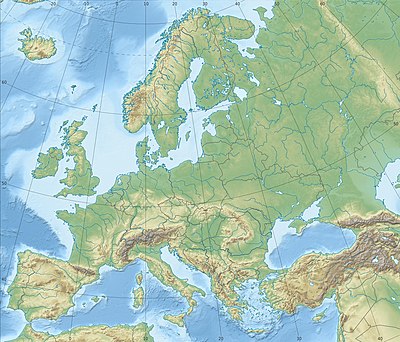 The 9th Tank Corps participated in the offensive of the left wing of the Western Front in the summer of 1942. On 7 June the corps was stationed in the area of Voymirovo, Barankovo (Kaluga Oblast), Kochukovo and Sukhoy Sot (east of Kirov). On the orders of the commander of the 16th Army, the corps had the task, by 6 July 1942, to enter into the breach 'Black' to exploit the advantageous situation in the direction of Oslinka, Zhizdra, and Orlya. The corps entered combat only on the evening of 7 July. Due to poor reconnaissance and the movement of the first echelons, the corps became mired in a swamp. The corps suffered heavy losses, such that one of the brigades lost 50% of its tanks. The entire night of 7–8 July was consumed by the recovery of mired vehicles. In general, commitment of the corps did not influence the battle, and on 14 July, the corps went on the defence.

In August 1942, the corps took part in a counterattack against the enemy in the area of Sukhinichi and Kozel'sk.

In March 1943 the corps was transferred to the Central Front, on the northern edge of the Kursk Salient in the area of Arseniyevsky, Trubitsyn, and Sergeevskie. On 7 May 1943 the corps was reinforced by the 133rd Guards Mortar Battalion (eight BM-13) and the 730th Antitank Battalion (12 85mm towed AT guns).

During the Chernigov-Pripyat Offensive the corps was introduced into battle in a surprise attack on 27 August south of Sevsk. On 30 August the 9th Tank Corps took part in the liberation of Hlukhiv, then continued the offensive in a south-westerly direction until 7 September, with the corps located on the Desna River. 9th Tank Corps was finally withdrawn for rest, reequipping, and reorganization in November 1943.[3]

The corps remained in STAVKA Reserves until April 1944 when it return to action with the following organization:[3][4]

On 24 June 1944 the corps began to take part in the Belorussian Offensive, stepping on the direction of Bobruisk district Rogachev Zhlobin. On 26 June, the hull broke forward and went to the Bobruisk in the east, went on the east bank of the Berezina river near Titovka, and by the next morning, he grabbed all the roads and crossing the north-east of the city. On 1 July is on the march from the vicinity of Osipovichi (8th Motorized Brigade in the area of settlement Shishchiny, The 95th Tank Brigade near the village of Lev, 23rd Tank Brigade - at the crossing in the village Zhitniy). On 4 July, the corps was included in the Cavalry-Mechanised Group of General Issa Pliyev and launched an attack on Baranavichy, which was taken on 8 July. Then was sent to Minsk, but was redirected to the southwest napravoenii, participated by the 23rd Tank Brigade in the release of Berezino participated in the liberation of Slonim a, Novogrudok and during the Lublin-Brest Operation Brest.

In October 1944 the corps received its final reinforcement of the war with the assignment of the:

On 14 January 1945, the corps attacked as part of the offensive out of the Pulawy bridgehead on the west bank of the Vistula River, south of Warsaw. On 23 January, the corps took part in the capture of Bydgoszcz.

During the East Pomeranian Offensive the corps was subordinated to the 3rd Shock Army and from 1 March 1945 the tank brigades were used to support infantry formations.

During the Battle of Berlin the corps again was subordinated to the 3rd Shock Army as a mobile group and on 16 April 1945 was sent into action at 10:00 AM, advancing on the Seelow Heights, but did not have a significant impact on the offensive. On 18 April, in support of the 79th Rifle Corps, 9th Tank Corps crossed the Frielander waterway, the 23rd and 95th Tank Brigades in cooperation with the 150th Rifle Division captured Kunersdorf, and at the end of April 1945, stormed the Reichstag building. 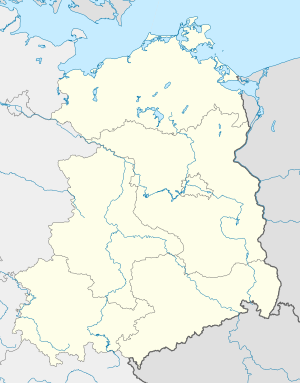 In 1957, it was reorganized and re-designated as the 13th Heavy Tank Division. It reverted to its original 9th Tank Division designation in 1965.

The division retained this designation until the Soviet withdrawal from Germany in 1991 when it was moved to Smolensk and disbanded.[7] Its divisional headquarters during the Cold War was based at Riesa.

At the beginning of 1991, the division included two tank and two mechanized infantry regiments (both BMP). It was equipped with T-80 tanks.