9 SA Division[1] was established in 1992 in Cape Town when the SA Army abandoned the conventional order of battle used for field divisions. 9 SA Division was a balanced mix of all the arms and services required in modern conventional warfare with the accent on long range mobility and great fire-power. 9 SA Division typically had: 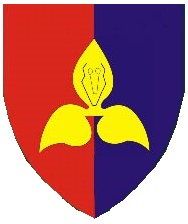 The Division[2] was effectively disbanded on April 1, 1997, when its former units became part of 7th South African Infantry Division as 75 Brigade.