The United States Air Force's 88th Air Base Wing is a base support unit located at Wright-Patterson AFB, Ohio. The wing has been stationed at Wright-Patterson AFB, known familiarly as 'Wright-Patt', since its activation in 1994 by redesignation of the 645th Air Base Wing. The wing however traces its history directly to the activation of the 4000th Army Air Forces Base Unit (Command) in 1944, and from 1944 to 1994 endured six redesigations.

The unit was organized by Air Service Command to provide custodial and support functions for Wright Field. The mission of both the unit and the AAF Technical Base expanded by early 1946, gaining full support responsibility for Patterson Field. The 2750th became host wing for Wright-Patterson AFB in October 1949, exercising command jurisdiction over the base and providing services necessary to support Headquarters of Air Force Logistics Command and numerous tenant units. It frequently supported regional humanitarian missions, such as the Xenia tornado relief in April 1974. It Provided logistical support and served as a port of embarkation during contingency situations, most notably from, 1965–1973 and 1990-1991. The unit deployed support personnel to Southwest Asia, August 1990-May 1991. After 1 July 1992 it provided logistic and administrative support for Headquarters, Air Force Materiel Command and Aeronautical Systems Center, as well as on-base and off-base tenant units in a five-state area and managed base facilities and resources. It provided airfield operations, security, services, engineering, and logistical support to the Balkans Proximity Peace Talks conducted at Wright-Patterson AFB in late 1995. 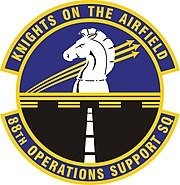 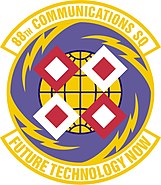