We're Getting Mutants in the MCU - The Loop

The 1st Tank Army was a Soviet armoured formation that fought as part of the Red Army on the Eastern Front during World War II. The army was commanded throughout most of the war by Mikhail Katukov. It fought in the early defense during the Battle of Stalingrad, and Operation Uranus.

The 1st Tank Army (Ist formation) was raised within the Stalingrad Front from 38th Army in July 1942, but disbanded in August 1942. It was commanded by General K.S. Moskalenko.

The 1st Tank Army (IInd formation) was formed on 30 January 1943 (order No.46021) on the basis of HQ 29th Army, under the command of famous armoured troops commander Mikhail Katukov personally appointed by Stalin, and transferred to the North-Western Front. 3rd Mechanised Corps (later to become 8th Guards Mechanised Corps) and 6th Tank Corps (later to become 11th Guards Tank Corps) joined it on formation, and served with the army throughout the war.[1] It was quickly transferred to Voronezh Front for the defense of the Kursk salient's southern shoulder. It was awarded a Guards title and became the 1st Guards Tank Army in April 1944. On 1 January 1945, the Army's principal combat formations were:[2]

The 1st Guards Tank Army was awarded the Order of the Red Banner postwar, and became part of the Soviet occupation force in Germany, known as Group of Soviet Forces in Germany, with its headquarters in Dresden. In 1968, it, along with the 11th Guards Tank and 20th Guards Motor Rifle Divisions, took part in the Soviet invasion of Czechoslovakia, but then immediately returned to their respective garrisons.[3] In the late 1980s the Army included the 20th Guards Motor Rifle Division, 9th Tank Division, and 11th Guards Tank Division. The headquarters was withdrawn to Smolensk, in the Moscow Military District in the early 1990s, and lost the 'Tank' from its title in 1995. It was disbanded in 1998.

Components of the Army while in Germany

In its last period within the Russian Army it comprised the 4th Guards 'Kantemir' Tank Division and the 144th Motor Rifle Division (which had been withdrawn from Tallinn in Estonia).

Current structure of the division (down to regiment) is as follows: 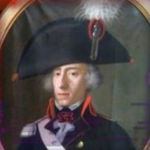