Military Wiki
Register
Don't have an account?
Sign In
Advertisement
in: Articles with incorrect citation syntax, Articles incorporating text from Wikipedia, 1986 in international relations,
and 9 more 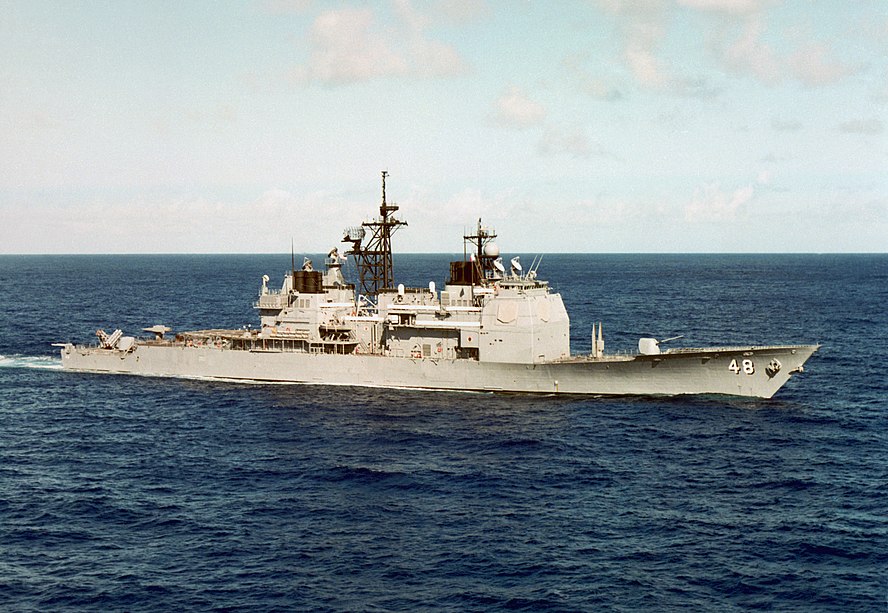 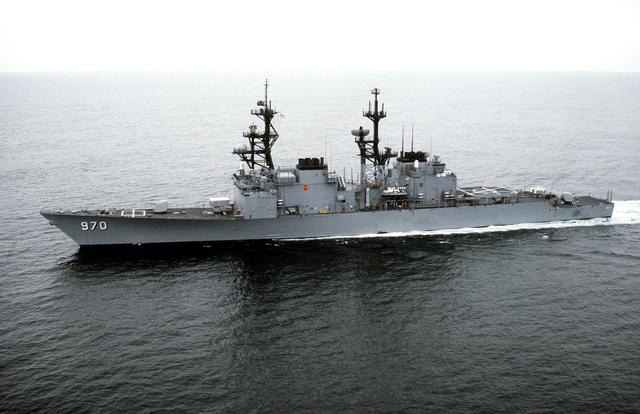 In the 1986 Black Sea incident on 13 March the American cruiser USS Yorktown and the destroyer USS Caron, claiming the right of innocent passage, entered the Soviet territorial waters near the southern Crimean Peninsula. The warships passed within six miles of the Soviet coast, where they were soon confronted by the Soviet frigate Ladny.[1] The commander of the Ladny notified the U.S. warships that they had violated the Soviet territorial waters and requested that they depart immediately.[1] The U.S. warships confirmed receipt of the warning but did not change course.[1] The Soviet command placed its Black Sea air and naval forces on combat readiness and dispatched border guard vessels and naval aircraft to intercept the U.S. warships.[1]

"The Rules of Navigation and Sojourn of Foreign Warships in the Territorial Waters and Internal Waters and Ports of the USSR", enacted by the Soviet Council of Ministers in 1983, acknowledged the right of innocent passage of foreign warships only in restricted areas of the Soviet territorial waters in the Baltic, Sea of Okhotsk and the Sea of Japan.[3] There were no sea lanes for innocent passage in the Black Sea.[3] The United States meanwhile, starting from 1979, conducted a freedom of navigation program as the U.S. government believed that many countries were beginning to assert jurisdictional boundaries that far exceeded traditional claims. The program was specifically implemented because diplomatic protests seemed ineffective.[4] The U.S. actions in the Black Sea were challenged by the Soviet Union several times prior to the 1986 incident, particularly on 9 December 1968, August 1979 and on 18 February 1984.[3]

On Monday, 10 March 1986, the Yorktown and Caron entered the Black Sea via the Turkish Straits.[5] Their entrance was observed by the Ladny, which was ordered to continue observation.[5] On 13 March the Yorktown and the Caron entered the Soviet territorial waters and sailed westward along the southern Crimean Peninsula, approaching within six miles of the coast, for two hours and 21 minutes.[5] The commander of the Ladny Captain Zhuravlev reported the incident to his superiors.[6]

According to Izvestiya editor Vyacheslav Lukashin, at the time of the incident the Commander-in-Chief of the Soviet Navy Vladimir Chernavin knew that the order for the U.S. warships to proceed into Soviet waters was given by the U.S. Secretary of Defense Caspar Weinberger with the consent of Ronald Reagan.[6]

The Soviet Ministry of Foreign Affairs held two press conferences concerning the incident.[5] The U.S. charge d'affaires, Richard Combs, was summoned to the Soviet Ministry of Foreign Affairs to receive the Soviet protest.[1] The Soviet Union stated that the U.S. violation of its territorial waters "was of a demonstrative, defiant nature and pursued clearly provocative aims".[1] Vladimir Chernavin affirmed that "the innocent passage of foreign warships through the territorial waters of the USSR is permitted only in specially authorized coastal areas which have been announced by the Soviet government [and] there are no such areas in the Black Sea off the coast of the Soviet Union".[1]

Replying to the Soviet note verbale about the incident, the U.S. stated that "the transit of the USS Yorktown and USS Caron through the claimed Soviet territorial sea on March 13, 1986 was a proper exercise of the right of innocent passage, which international law, both customary and conventional, has long accorded ships of all states".[7] The U.S. Department of State's instructions to the American embassy in the Soviet Union noted the U.S. "would not want to lend any validity to a Soviet position that their domestic law was at all relevant in determining U.S. navigational rights under international law".[7] An article in the American Journal of International Law argued in 1987 that "the course of the American warships indicated on a map published in Izvestiia confirms that the passage of the vessels was a lateral one" and that "at no time did they take a course that could be construed as expressing an intention to enter the internal waters or ports of the USSR".[5]

In the subsequent incident of 1988, the USS Yorktown and USS Caron, while claiming the innocent passage again in the Black Sea, were bumped by the Soviet vessels.[8]